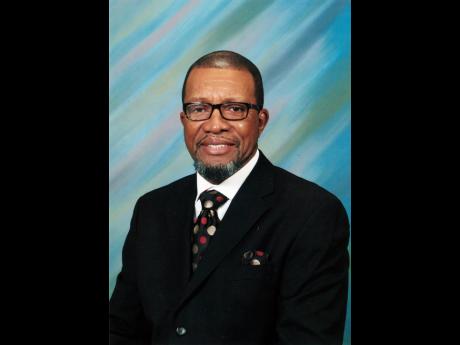 Pastor Cornelius Heyward commands attention. With an overpowering stature and stirring vocal range, he is as authoritative as they come. He is ultraconservative, not of his own accord, but, as he says, by the command of the Holy Spirit.

Some of his statements are controversial: "Women should never be preaching," he says and he is unmoved by cultural shifts and populism.

"Let me be clear that all of my answers are based on my belief that the Bible is the inerrant, inspired Word of God. I believe that Jesus was manifested as a man and was God in the flesh and equal with God in His nature," declared Heyward.

A weary town like Far Rockaway needs a spiritual compass, and Heyward has resolutely answered the call, gaining widespread respect and admiration for his unapologetic Christian values.

The following offers a glimpse into a man who has helped shore up a community thirsting for spiritual leadership.

Tell us a little about your background - how you got involved with this ministry.

Thirty years ago, I became a Christian at the Freeport Roosevelt Church of Christ. Shortly after, the senior preacher there sent an evangelist to Far Rockaway to plant a congregation I was a part of that group. I enrolled in the Sunset Extension School of preaching and studied for four years.

In 1990, I was ordained a minister and have been the senior minister at Far Rockaway for the past 25 years.

Many have said that your teachings are unique and quite different from other Christian sects. Is that a correct assessment?

Our authority comes from the New Testament. Jesus is the founder as seen in Matthew 16:18; He has purchased the Church with His blood as told in Acts 20:28, and He is the head of the Church, shown in Ephesians 5:23. Since the Church belongs to Jesus, we follow the teaching of the New Testament Church.

What do you teach

There are so many Christian organisations with different interpretations of the scripture, how does one determine the truth?

We must not study the Word of God using our own senses. In Proverbs 28:26, we read: "He that trusteth in his own heart is a fool: But whoso walketh wisely, he shall be delivered."

In Proverbs 3:5-6, we are told: "Trust in the Lord with all thine heart; and lean not unto thine own understanding. In all thy ways acknowledge him, and he shall direct thy paths."

We should let scripture interpret scripture. There is a science called hermeneutics. It would benefit us to be familiar with it.

Is inter-faith dialogue an important path to peace?

I believe having a dialogue with any group that has differences concerning the Word of God is always a show of wisdom. It should never escalate to physical violence. But the world, as a whole, will never have peace without Jesus Christ taking precedence. This is true in both our secular and spiritual life.

There is an apparent uptick in violence, poverty, population displacement, and natural disasters. Are these indicators that the end is near?

These disasters have been with us since the sin in the Garden. It would be wise to keep away from predicting as history has taught us. Jesus had something to say about the end of time, or His second coming in Matthew 24:36: "But of that day and hour knoweth no man, no, not the angels of heaven, but my Father only."

So many leaders have based their ministries on deliverance and speaking in tongues. What are your views on this controversial subject?

Speaking in tongues is mentioned in Acts 2:1-5 and John 14:26; 15:26; 16:13. The church at Corinth did have spiritual gifts, and the ability to speak in tongues was one of them. The gifts were for edifying the Church. Tongues eventually came to an end. Remember, the gift could only be given by the laying on of the apostles' hands. Thus, when the last apostles died, the last hands died as stated in Acts 8:18-20.

Today, we have the indwelling of the Holy Spirit. When we become the children of God at baptism, God's Spirit dwells in us. No man today has the power to confer spiritual gifts on anyone. No man today can baptise in the Spirit like the apostles.

Can a non-Christian be saved and enter the Kingdom of God?

According to Jesus, one must be born again to enter the Kingdom. In John 3:5, Jesus answered: "Verily, verily, I say unto thee, except a man be born of water and of the Spirit, he cannot enter into the Kingdom of God."

There is no such thing as a non-baptised Christian. One becomes a Christian when he is baptised into the family of God.

Based on the Dead Sea Scrolls and Nag Hammadi discoveries in the 1940s, we learn that many books were omitted from the Bible - some violently suppressed (books of the Gnostics). On what basis do you think they were rejected?

They were rejected because they did not all meet the proof that they were inspired from God. Proof of inspiration was a meticulous process of ascertaining the authenticity of a biblical document.

The question of authorship played a significant role in determining whether this person was an accepted spokesman for God. The New Testament had to pass the test of apostolicity, meaning that it was written within the age of the apostles, by an apostle, or at the least a companion of the apostles.

How much credence should we give to other sacred scriptures of other peoples and cultures?

The Bible is the final authority in all matters of faith and morals.

- Dr Glenville Ashby is the author of Anam Cara: Your Soul Friend and Bridge to Enlightenment and Creativity, now available as an audio book. Feedback: glenvilleashby@gmail.com or follow him on Twitter @glenvilleashby.