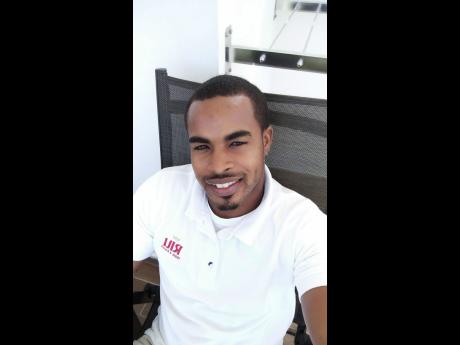 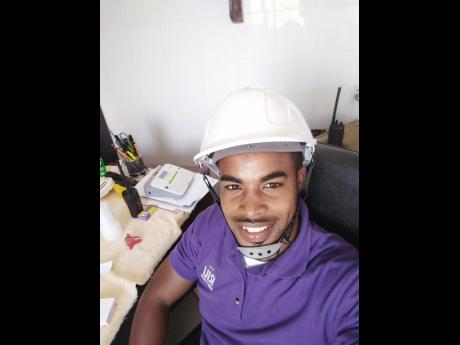 Minutes before reassuring the nurse who escorted him to hospital, a badly injured Federhori McIntosh said to her: "Don't worry about me. I will be fine."

He proceeded to pray with the nurse, but by the time he reached hospital, he succumbed to the injuries he had received during an explosion at the Riu hotel in Ironshore, St James.

His death has left a pall over the Riu Reggae family, a place he had come to call his home away from home.

"We are hurting because it is not easy to lose a family member, who was also a great leader," a solemn Frank Sondern, general manager at the resort, told The Sunday Gleaner.

McIntosh joined the hotel chain four years ago as an assistant manager at the neighbouring Palace Jamaica, and within three years, he was promoted to maintenance manager, supervising 15 persons. He was transferred to the Riu Reggae when the hotel opened its doors last November.

On Thursday, April 21, McIntosh and four of his colleagues were hurt in an accident while doing a routine inspection of an underground water tank. While being taken to hospital, witnesses say that his concerns were for his staff.

"That is what I will remember most about him ... his selflessness. Whenever there was an issue in the hotel, he would say, 'don't worry. I will find a solution'," Sondern reminisced, lauding McIntosh as a professional who was very experienced in his area of specialisation.

Visibly hurting during the interview, Sondern shook his head, reiterating that it was a simple a routine check that they were doing.

One of two men who McIntosh supervised chimed in, remembering his boss as a fun person who he had never seen sad.

"He was my motivator. he encouraged me and kept me on track," said Darren Myles.

His colleague, Richard Somers, spoke of a man who taught him how to be a man. "He was a teacher who passed on information unselfishly. He taught me electrical work, plumbing, and opened up my mind to knowledge because he believed in succession planning," said somers, heaping praise upon praise on his mentor.

Unwillingly accepting their loss, Sondern said that in the last few days, a great deal of emphasis has been placed on the men who remain alive after the accident, as well as his staff, who have received counselling. Hotel guests who were relocated to other properties have returned since the resort resumed operation last Sunday.

The hotel has since flown Damond Clarke, who received severe burns to his body, to the renowned Jackson Memorial Hospital in Miami, Florida, while the others who needed surgery have been treated. One member of the team has been released from Hospital.

"Jackson Memorial was selected because it has one of the best burn units in the USA," Sondern stated, adding that Riu has placed a deposit of US$1 million at the hospital because Clarke must not be in need and questions must not be asked about money.

"Our plan is to give all the members of the team who were injured the best care possible," said the hotel general manager, re-emphasising that what has to be done will be done to make sure that they are taken care of.

In the meantime, McIntosh's teammates, who are registered to run in the upcoming MoBay City Run next Sunday, say that they will carry the torch in his honour.

"Each year, we would train together for the run. I hear he started training, however, we never got a chance to train together," said his training partner, Somers.

For McIntosh's common-law wife, Deidre Clarke, there will never be another man that she will love the way she loved him. "I will never be able to love like this again. I have lost the greatest part of me," she told The Sunday Gleaner, adding that he was the greatest dad to their two-year-old son and dedicated time to bonding with him.

Clarke described her late soul mate as trustworthy, godly, honest, and loving. "He has left with me a son who will be my knight in shining armour."