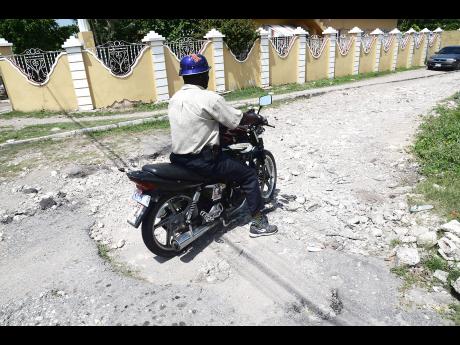 Jermaine Barnaby
This motorcycle rider contemplates his predicament in trying to navigate Locksley Hemmings Way, off Bretford Road in Kingston. The driver of the car seems to have opted for the sidewalk. 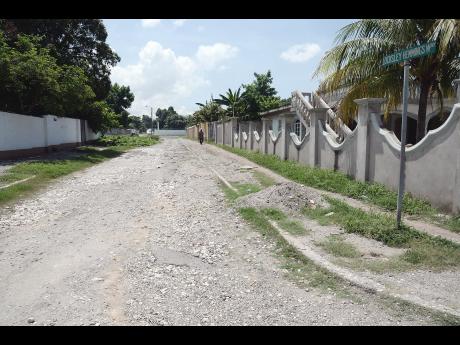 Jermaine Barnaby
Locksley Hemmings Way in all its 'glory'. 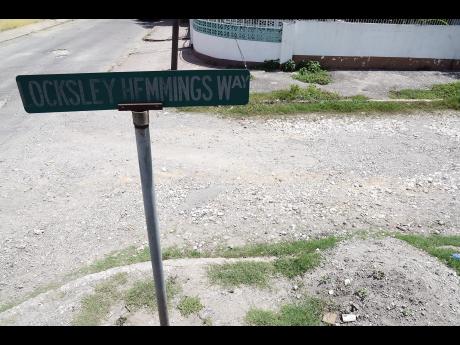 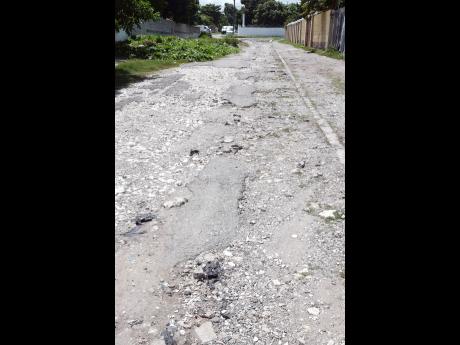 Jermaine Barnaby
Locksley Hemmings Way in Kingston, this excuse for a road is a headache to everyone who has to use it. And they are crying out for help!
1
2
3
4

Help is coming for Locksley Hemmings Way, which connects Seaward Drive to Brettford Avenue, which a contributor to The Gleaner had dubbed “the worst road in Kingston”.

Locksley Hemmings Way, which The Gleaner’s initial publication had incorrectly placed in the St Andrew West Central constituency represented by Prime Minister Andrew Holness, and the Molynes division represented by the People’s National Party’s Patrick Roberts, is now the subject of discussion in an effort to find a quick solution.

“The prime minister has indicated to me that it will be repaired,” the Jamaica Labour Party’s Beverly Prince told The Gleaner yesterday.

Prince is the sitting councillor for the Cassia Park division, which is the correct municipal division in which the road falls.

“We are looking at it and I have spoken to the president of the citizens’ association and we are to have further discussions on it,” said Sonia Gonzales, who is the special assistant to Opposition Leader Dr Peter Phillips, who represents the St Andrew East Central constituency in which the road is located.

The road was once part of the St Andrew West Central constituency, but the boundary was adjusted before Holness first won the seat in 1997 and before Prince first became the councillor for the area in 1998.

For Prince, repairing the road is a priority, even though it does not provide an entrance to any property.

“We have looked at it and we agree that there needs to be a change,” said Prince.

The Phillips camp has taken a similar stance, as Gonzales told our news team that the road was cleared as a Christmas project two years ago and considerations were given to transforming it into a green space.

Elderly folk in the community last week claimed the road was named after Locksley Hemmings, a young man who worked tirelessly to improve conditions for persons in the community before his untimely passing several years ago.