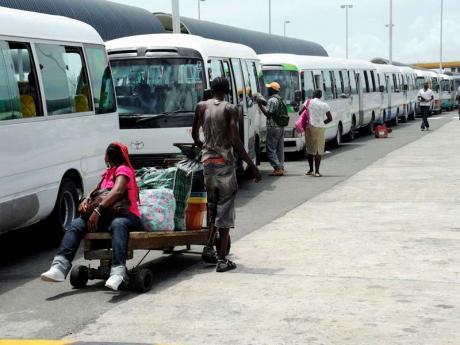 Managing Director of the Jamaica Urban Transit Company (JUTC) Paul Abrahams is refuting assertions by the opposition that recent government decisions could threaten the viability of the state-run bus company.

He also took issue in a release this week with the decision to allow hiace buses to terminate in the Kingston Metropolitan Transport region (KMTR).

However, in a release this afternoon, the Transport Authority and the JUTC said his statements were inaccurate and misleading.

They note that Phillips stated that 6,000 new road licences were issued by the Authority between June 2016 and January 2017.

However, they say only 2,700 new road licences were issued islandwide during the period.

They say the majority of the new road licences do not impact the JUTC’s operations.

Turning to the issue of Hiace buses terminating in the KMTR, the release said it’s aimed at minimising congestion in Spanish Town and its environs, reducing the cost of travel, travel time and hassle for rural commuters travelling into the KMTR.

It says before rural passengers terminating in Spanish Town would have been required to pay an additional fare to get into the Corporate Area.