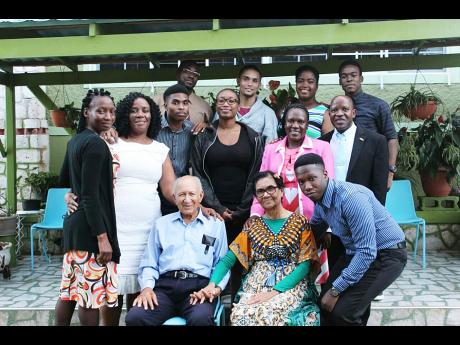 Contributed
Some PKs from Scott's Pass in Clarendon visiting a retired pastor and his wife. 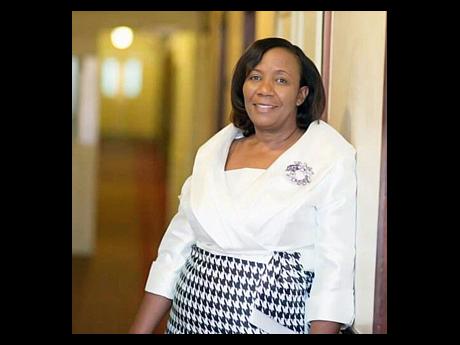 Imagine living in the shadow of your father, who happens to be a pastor and is being weighed down by criticism and the high expectations of church members.

It cannot be easy, but it is the life of many PKs (Preacher's Kids). Some are able to rise above it, but others crack under pressure.

Which is why counselling psychologist at the Northern Caribbean University (NCU), and PK cocoordinator at the Jamaica Union of Seventh-Day Adventists, Sandra Knight, is admonishing individuals to be mindful of their feelings and their needs.

"The PK Programme was so designed to facilitate children of the pastors in the Seventh-Day Adventist Church. It is geared at having them more involved, and it offers a support group for them."

Having started an on-campus PK group in 2007 at the NCU, the General Conference of Seventh-Day Adventists in Maryland, USA, ordered that each Union begin a programme for the PKs in their territory. it was out of this that Knight was selected as the coordinator for the country.

"Though each conference had a PK coordinator, it was March of last year that the programme at the Union was made official," Knight said.

The problems faced by the PKs extend the gamut; however, no one problem is unique to one child as each, at some point in time, will have similar experiences.

"Some of the challenges are unrealistic expectations. sometimes folks, whether in the church or outside, forget that they are children and expect them to be spiritually mature well beyond their years."

She continued. "Another challenge could be the frequent transfer of their father. Sometimes the transfer is after two years, and the children complain about losing their friends at school and church, and we have evidence that this affects their grades as well."

Knight added that sometimes children suffer from an identity crisis.

"A lot of times, the kids are introduced as the child of Pastor Brown and not by their own names, and they are expected to behave a certain way, and if they don't, then they are prone to negative criticism."

Knight revealed that the pressure can seriously affect the child's well-being and some never recover from the experiences.

"Some of them have very low self-esteem. sometimes they feel as though their lives are not their own and they are directed by organisations, churches, and different people. They feel like they're in a box. they have resentment, and sometimes, it causes rebellion."

The wife of a pastor and mother of two grown children told Family & Religion that parenting can be very hard and parenting a PK is even harder.

"I know of families with three children, and even two may leave the church, and when you ask them what happened, they will tell you it was how they were treated and the fact that their fathers did not spend enough time with them."

Knight, who is in the process of writing a book on parenting the PKs, admits that though the job of a pastor is very demanding, they must remember their role as a father.

"Kids don't want a pastor. they want a father in their life and mother has to realise that when Daddy is not around, as the wife, you have to ensure the kids are taken care of. We have to also respect their individuality. While people out there are bashing them, you have to make sure they have support at home. keep them away from church conflict."

She added that family time must be planned and followed through and children must be given a sense of stability.

"Try to have them settled at a church. If Daddy has five churches, they visit all occasionally, but they must have one where they can do Pathfindering, join the choir ... ."

Through the PK Programme, Knight has taken the children on excursions, including visits to retired pastors, retreats, and has had them participate in numerous programmes.

She said that in 2018, there would be an islandwide retreat, for the first time, for All PKs.