Israel United In Christ offers a different perspective - Part I 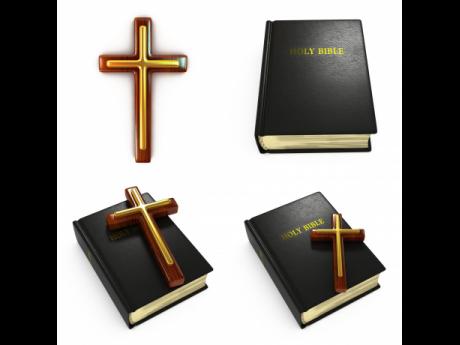 Recently, Family & Religion chanced upon a group of young men dressed in quasi-military attire in Half-way-Tree, St Andrew. They were dressed for war, but not the type that uses machetes, guns, grenades, and missiles. In a militant mood, these members of Israel United in Christ (IUIC) were telling passersby their version of the 'Truth'.

In an effort to find out exactly what the IUIC is about, Family & Religion spoke with one of the proselytisers, Soldier David, who said the IUIC was founded in 2003 by Nethanyel Ben Israel in the United States of America. It now has 30 branches of "several thousand members" worldwide. Soldier David, however, did not give a figure for the Jamaican membership, which started in early 2015.

It is a Christian movement using the Bible as its main source of reference. The anointed Christians in the Bible, Soldier David said, were the Israelites, and while he said the IUIC speaks the truth, other Christians teach the traditions of man.

Their practices and beliefs are grounded in the Scriptures, and their fundamental doctrine is based on Revelation 14:12: "Here is the patience of the saints: here are they that keep the commandments of God, and the faith of Jesus."

They meet at 16 Hillcrest Avenue in St Andrew and worship on the Sabbath and high holy days facing Jerusalem with their hands towards Heaven, as in the case of 1 King 8: 22: "And Solomon stood before the altar of the Lord in the presence of the all congregation of Israel, and spread forth his hands towards Heaven."

Public holidays such as Christmas, New Year's Eve, Easter they do not subscribe to or observe since "they have no biblical foundation".

Second Timothy is used to justify their 'warlike' approach to spreading the Word, hence their semi-military outfits. It says, "No man that warreth entangleth himself with the affairs of this life; that he may please him who hath chosen him to be a soldier." Thus, the IUIC leadership hierarchy comprises soldier to officer, captain, deacon and bishop.

Many of the perspectives of IUIC are in contrast to those of traditional Christians.

Yet, the stance, which is bound to create some amount of controversy, is that Africans and Hispanics were enslaved by the white man because they broke the Lord's commandments. They cited biblical scripture to support their claim.