May Mercy! - May 22 to be discount day for accused people who plead guilty 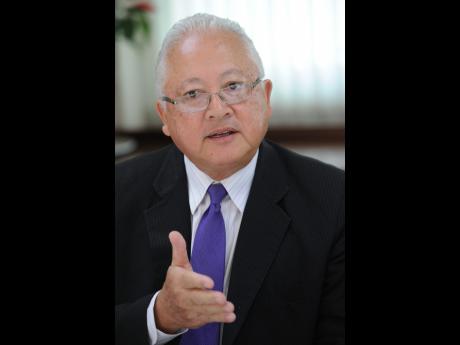 Accused persons who plead guilty in the Home Circuit or the Gun Court in Kingston will be eligible for discounts in their sentencing come May 22, The Jamaican Bar Association (JBA) has revealed.

Speaking on 'Independent Talk' on Power 106 FM on Friday, JBA President Jacqueline Cummings said the move is part of an effort by Chief Justice Zaila McCalla and the steering committee of the criminal case management unit of the Supreme Court to cut the backlog in the court system.

Some reports put the backlog at more than 400,000, a situation that has seen some cases taking up to a decade to go to trial.

"This initiative is going to help," Cummings said. She is encouraging accused persons with cases before the Kingston courts to contact their lawyers and seek to have their matters listed for May 22 if they intend to plead guilty, so that they can benefit from reduced sentences.

Cummings also said it was an approach used years ago to help clear the court list.

Justice Minister Delroy Chuck, who appeared on the radio programme, has endorsed the initiative. He said he would be seeking to replicate the scheme.

"I'm going to formalise that in the plea bargaining system," he said.

Chuck said accused persons may be better inclined to plead guilty if they know the exact sentence they will receive.

Sentencing guidelines, along with court precedents, are expected to guide the application of discounts.

... Some court cases to be diverted to parish justice centres

The House of Representatives recently approved plea bargaining legislation that is expected to give more incentives to persons who plead guilty or cooperate with prosecutors while serving time.

Fourteen so-called parish justice centres are to be established - one in each parish - this fiscal year. They will offer restorative justice services such as mediation and arbitration, and are expected to further help reduce the case backlog.

"We expect that a significant number of the cases that would normally be resolved in the traditional court system will be diverted to these justice centres. Members of the public who have need for legal aid can go to these parish centres," Chuck told the House of Representatives on Tuesday.

- Damion Mitchell contributed to this report