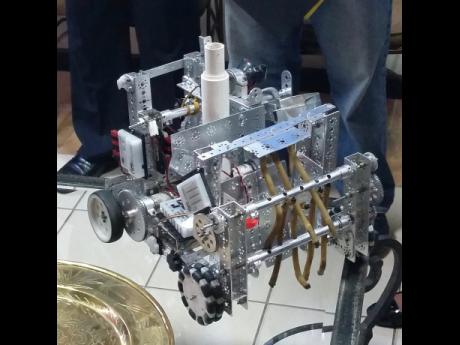 Contributed
The robot ... herself! 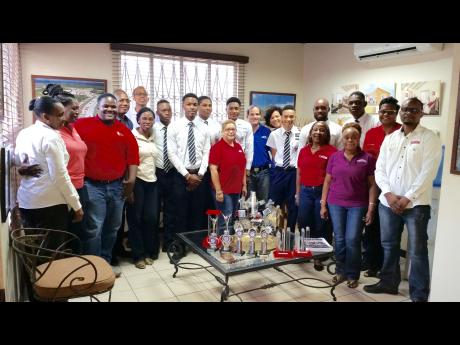 On Friday, April 7, the Jamaica College Robotics Team visited the Gore Developments Limited's (GDL) offices for a meet and greet and mini-tour.

Led by Dimario Campbell, the team showed off its trophies, and, of course, the robot herself - yes, it's a girl! They also had on display the team's engineering booklet. This is the team's bible for all things robotics, which has been compiled and edited and is constantly updated by the young men.

Team members explained what each of their many awards represented and gave GDL's staff a quick introduction to the robot. However, she is currently still undergoing renovation for the next competition.

All decked out smartly in their Jamaica Collage uniforms, the students have done their school and all Jamaica proud by excelling in whichever competition they happen to have entered. In fact, they have pitted their wits and considerable brainpower against some of the best and most well-funded American teams on each occasion.

GDL and the Gore Family Foundation played their part in assisting the team to compete by purchasing plane tickets for trips overseas.