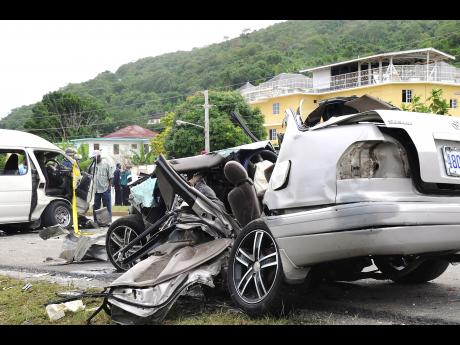 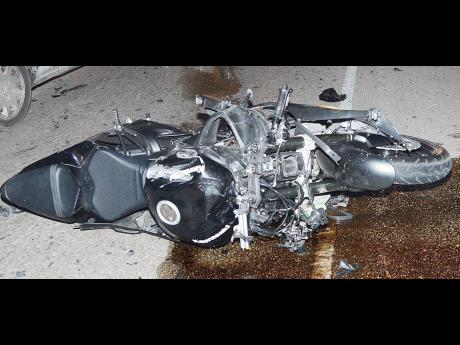 United Nations Special Envoy for Road Safety Jean Todt will join Jamaicans in recognising the fourth United Nations Global Road Safety Week to be observed starting today through to next Sunday under the theme 'Slowing Down Saves Lives'.

The main event of the week's activities will be held on Wednesday, May 10, at the Office of the Prime Minister, beginning with a courtesy call on Prime Minister Andrew Holness.

Holness, who is also the chairman of the National Road Safety Council (NRSC), will then proceed to deliver the opening speech.

Todt, a French motor sport executive and former rally co-driver, will deliver the keynote address at the May 10 event.

Zoleka Mandela, granddaughter of former South African leader, Nelson Mandela, who serves as the ambassador for the Global Initiative for Child Health and Mobility, will also join Todt in speaking at the event, which is a joint initiative of the NRSC and the United Nations Development Programme.

The UN has continued to support Jamaica in its bid to reduce road traffic deaths and injuries by 50 per cent by 2020 because of the implications it has for the development priorities of the country. Data have shown that a country can lose up to five per cent of its gross domestic product as a result of road fatalities and injuries.

Global Road Safety Week and the Save Lives - #SlowDown campaign will provide an opportunity for the NRSC and its members to intensify its work in the areas of public education, research, data collection and legislative support, which will allow Jamaica to reduce road fatalities to under 300 annually and meet the 2020 target.

Due to various multi-sectoral initiatives implemented, buoyed by the eventual success of the Save 300 Lives programme implemented in 2008, Jamaica experienced a decline in fatality rate for two decades down to 2012 when 260 deaths were recorded. This was coming from a high of 456 deaths in 1975 and 444 in 1991. Since 2012, there have been some challenges, causing a reversal in this downward trend and leading to 382 deaths in 2015, resulting from a historic spike in motorcycle deaths.

This upward trend continued into early 2016, but began to see a welcomed reversal due to intervention, at the community level, promoting motorcycle safety. This resulted in 379 fatalities being recorded for that year, down from 382 in 2015. The downward trend has continued in 2017 with a 20 per cent decrease in fatalities to date compared with the previous year. The continued reduction in road traffic fatalities is an imperative for Jamaica.

The Global Road Safety Week awareness main event will culminate with the symbolic signing of an open letter urging action on reducing and enforcing traffic speeds to a level safe for children everywhere and prioritising low speed zones in residential areas and near schools.

Other activities planned by a committee established by the prime minister and co-chaired by the ministers of transport and mining and health include a press briefing, to launch the week of activities; road safety messages from the prime minister, to be read in churches and schools; a Slow Down Day; presentation of certificates to recognise the work of school wardens; and town hall meetings.

The UN special envoy has had a distinguished career in motor sports. He worked in motor sport management, first with Peugeot Talbot Sport, then with Scuderia Ferrari, before being appointed chief executive officer of Ferrari from 2006 to 2008. Since 2009, he has been president of the Federation Internationale de l'Automobile.

He was appointed by then United Nations Secretary-General Ban Ki-Moon as special envoy for road safety in 2015.

The road safety envoy will throw his support behind Jamaica's efforts to reduce road fatalities by launching action through the ongoing campaign, Save Lives - #SlowDown. The #SlowDown campaign seeks to increase understanding of the dangers of speed and generate action on measures to address speed, thereby saving lives on the roads.