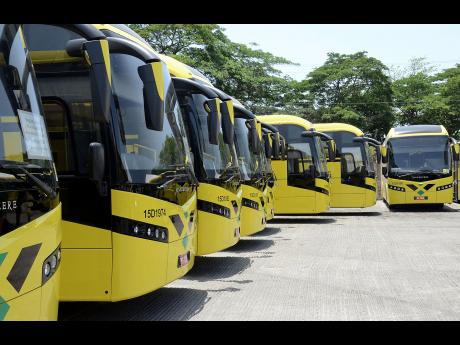 The Jamaica Urban Transit Company (JUTC) is reporting that one of its drivers has been taken off frontline duty following a fatal crash.

The state-owned bus company says the driver was travelling along Marcus Garvey Drive, heading towards Chancery Street from downtown Kingston, on Saturday afternoon when the incident happened.

According to the JUTC, the bus was in the vicinity of the Jamaica Public Service Company power station when the deceased allegedly jumped over the median into the path of the bus.

He was hit by the bus.

The hit reportedly caused the windscreen to break.

The JUTC says Garvey was rushed to the Kingston Public Hospital where he succumbed to his injuries.

The bus company says the incident was reported to the police.

The JUTC says the driver, who has been traumatised by the incident, has been taken off frontline duty pending an investigation and counselling.