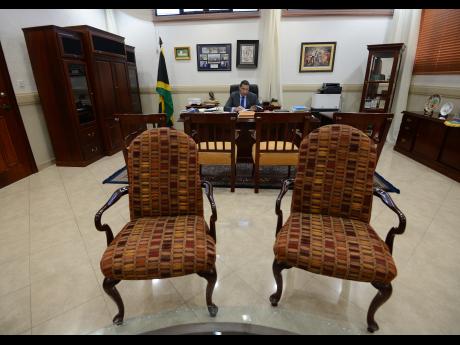 The Office of the Prime Minister (OPM) is refuting claims Prime Minister Andrew Holness has committed to calling an early by-election in St Andrew Southern when Dr Omar Davies resigns as Member of Parliament.

Yesterday, Dr Davies told The Gleaner that he will shortly be announcing his resignation as MP and retirement from public life.

He said he has received a commitment from Holness that a by-election will be called in a reasonable time after his resignation.

However, the OPM says it is only aware of a commitment given to calling an early by-election in the St Andrew South Western constituency of former Prime Minister Portia Simpson Miller.

It adds that the Prime Minister has not indicated any such commitment or undertaking to Dr Davies and it’s not unaware of any documents supporting the claim.

There has been speculation that Holness would delay by-elections to replace several parliamentarians who want to leave.

Holness' Jamaica Labour Party holds a one-seat majority in the House of Representatives.

Last July, Senator Mark Golding was elected the chairman of the St Andrew Southern constituency and is expected to replace Davies as the People's National Party candidate for a by-election.