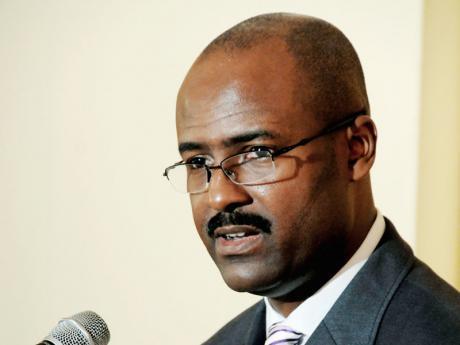 Harrison ... the office is presently in receipt of some documentation in the matter.

Contractor General Dirk Harrison says his office is now considering whether to open a formal investigation into allegations that the Agriculture Minister Karl Samuda used his influence to get personal benefit from state resources.

"The office is presently in receipt of some documentation in the matter. We are processing that documentation and we will thereafter ascertain our position," Harrison told The Gleaner Thursday evening.

He said he was unable to give any further information but noted that the documentation in hand would assist in the probe.

The Opposition has called for the Office of the Contractor General to investigate issues related to the planting of dairy-feeding grass at a demonstration plot on Samuda's farm in Knollis, St Catherine. The PNP said the OCG should probe Samuda in what it says "appears to be an outright case of corruption or at least a blatant breach of public trust".

At a press conference on Wednesday, the Agriculture Minister said it was not his idea and that he offered to pay for the grass, but the Board refused the offer, saying, usually, farmers are not charged.

He also said he 'erred' when he did not ensure there were written records of the process.

"That is one of the things I regret - not putting it in writing and I should have anticipated the level of mischief that abounds in all quarters".

On Tuesday in Parliament, the opposition spokesman on agriculture, Dr. Dayton Campbell, revealed the issue while alleging that Hugh Graham was dismissed as chief executive officer of the Dairy Board in a case of political victimisation because he disagreed with the decision to allocate an additional 10 acres of grass to Samuda’s farm.

Samuda has denied the claim, stating that it was the board which fired the CEO because of certain actions.