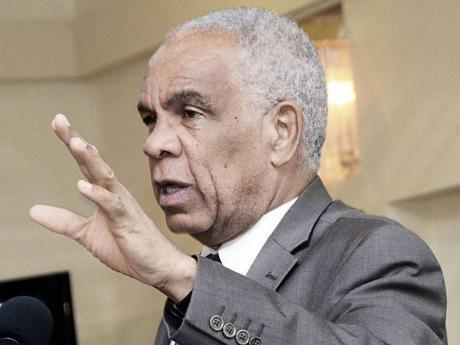 Former Transport and Works Minister, Dr Omar Davies has admitted that the Government should have released more information to the public on the US$720 million deal to build the North South Highway.

He made the comments on TVJ's All Angles as public outrage continues over the absence of the total value for the lands Jamaica had given the Chinese as its part of the deal.

Davies signed the deal with China Harbour Engineering Company (CHEC) in 2012 on behalf of the Government.

The Chinese company had put forward all the money while Jamaica agreed to provide 1,200 acres of land as its contribution.

The authorities insist this was an incentive to the investors and to ensure Jamaica did not have to borrow money and increase the national debt.

The Portia Simpson Miller-led administration had blocked the Office of the Contractor General from monitoring the deal before it was signed and even after.

National Road Operating and Constructing Company boss, Ivan Anderson, sparked controversy last week when he told a parliamentary committee that the lands identified so far have not been valued. Dr Peter Phillips, who was the finance minister at the time the deal was struck, has since said some of the lands were valued but only after the Urban Development Corporation insisted on being compensated for parcels it owned.

Former Prime Minister, Bruce Golding, under whose administration the negotiations started, said the deal was a good one and insisted there would be no highway if the lands were not provided to make the project viable.