Dairy Development Board gave no commitment to Graham, says Chairman 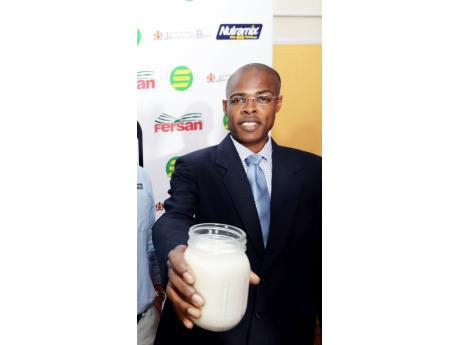 The Chairman of the board of directors of the Jamaica Dairy Development Board, Donald Elvey, is seeking to make it clear that while the board recommended the appointment of Hugh Graham as Chief Executive Officer, it did not guarantee his appointment.

The organisation has been thrown into controversy since the dismissal of Graham.

This week opposition spokesman on agriculture, Dr Dayton Campbell, alleged in Parliament that Graham was fired because he refused to bow to the wishes of Agriculture Minister Karl Samuda and for his insistence on adhering to the laws and regulations governing the Board.

The Gleaner reported today that Graham’s dismissal represents a turnaround by Elvey, who, seven months ago, recommended that the agronomist be retained as CEO on a permanent basis.

However, in a letter to Graham’s lawyer, obtained by The Gleaner/Power 106 News Rentre, Elvey says the recommendation was subject to the ministry’s internal review and the ministry could decide not to appoint him.

He adds that the recommendation to the permanent secretary in the ministry was not confirmation to Graham that he would be permanently retained.

Elvey notes that the Board had been retaining Graham on monthly contracts since his three year contract expired in May 2016.

He says the Board’s only obligation to Graham is notice pay in line with the contractual agreement.

Elvey says the Board will make these payments in short order.