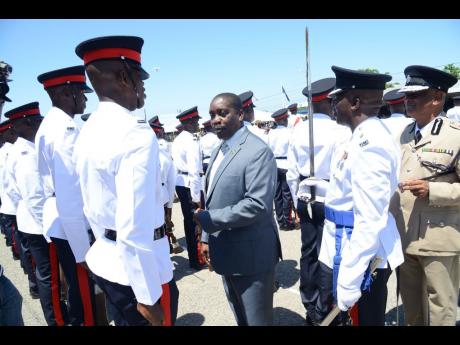 The National Security Minister Robert Montague has declared that Jamaica has the best trained police personnel in the western hemisphere.

Addressing the passing out parade for 147 new constables at Harman Barracks in Kingston a short while ago, Montague said Jamaican cops were being recruited by foreign countries at a ‎faster rate than other professionals like nurses.

It has contributed to the deficit of 3,000 men and women in the Jamaica Constabulary Force. 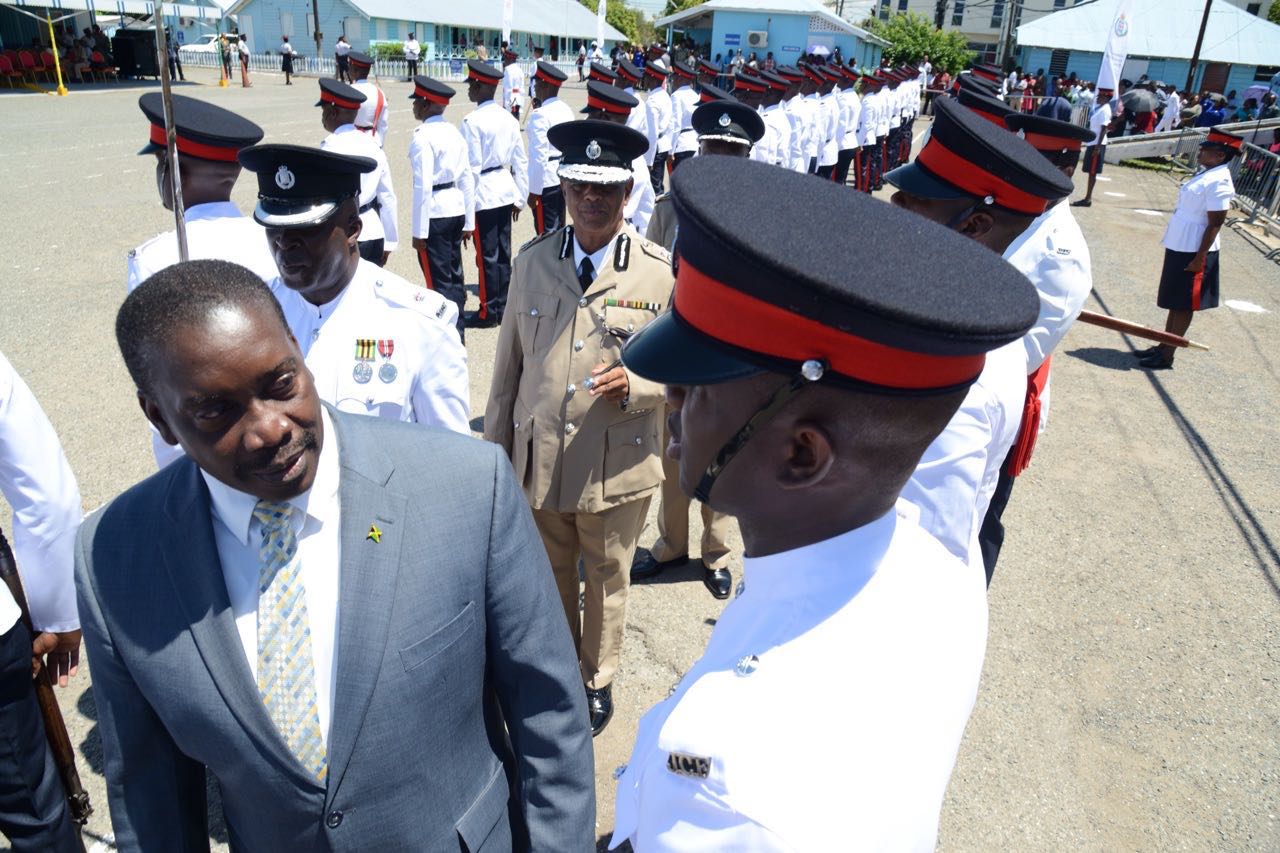 IN PHOTO: ‪Minister of National Security Robert Montague followed by Commissioner of Police George Quallo inspects graduates at the passing out parade for 147 new constables at Harman Barracks in Kingston.

Montague noted that at the same time, there are "bad apples" within the force.

But he said the majority of the 11,452 members of the force were outstanding professionals.

"You cannot afford to sell out your family, your community or your squaddie for 30 pieces of silver," he said.

‎The minister also asked the new constables to report their colleagues who abuse the resources of the force such as police cars and stationery.

"You can't stop that!" one woman in the audience shouted, as Montague pleaded.

Meanwhile, Montague has appealed to the Nati‎onal Police Academy to reinforce the importance of community policing in the fight against crime.

He said the technology and other resources being given to the force will not yield the results without the support of the community.