Doctor's Advice | Can her tonsillitis harm my 'sex organ'? 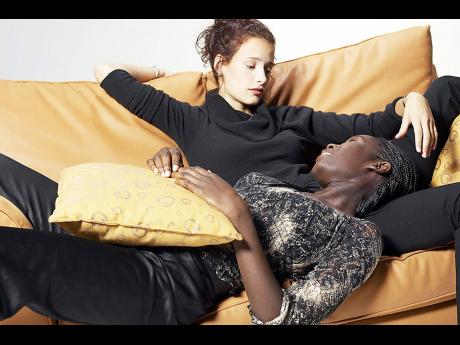 Q I am a guy of 18 and I am a little scared about something I did last week, Doc. For the first time in my life, a girl gave me oral sex. I liked it, Doc, though I did not really know what to do.

I did not give her any oral sex because I know even less about that.

Well, what has happened since is that the girl developed a cold in the head, and a couple of days later, she developed tonsillitis! In fact, she is still away from college, and I think she is being treated with penicillin.

So what I am fretting about is this: Is it OK to be given the oral sex by someone who has a throat or mouth infection? And could that tonsillitis thing have harmed me?

A This is quite a common worry among young people. In general, it is not good to go in for oral sex (or even kissing) when you have any kind of mouth or throat infection. People who have 'mole colds' should steer clear of any kind of romance until they are better.

However, it is fortunate that the viruses that cause colds do not seem to affect the sex organs. They might have entered your penis, but, fortunately, the danger is not very great.

Nevertheless, in the next week or two, you should look out for any symptoms of genital infection. In males, common symptoms of infection include:

- discharge from the penis;

- any kind of sore place or blistering on the penis.

If you develop any of these symptoms, you must see a doctor. But the odds are that you will be fine.

A No, that is foolishness. If it were only 50 per cent effective, there would be very little point in taking it!

The truth is that if you take the Pill precisely as prescribed (that is, without missing any), then it will be more than 99 per cent effective. What that means is that if you took it for 100 years, which is most unlikely, you might, just might, have one pregnancy.

As you can see, these are real good odds, and that is why millions and millions of women worldwide rely on the Pill.

Q Doctor, could a guy get 'the clap' from being given a 'hand job'?

A That is exceedingly unlikely. I do not think I have ever seen gonorrhoea ('the clap') transmitted in this way.

Q Doc, I am female student, age 17, and I simply do not understand boys.

I am a virgin, but I have dated half a dozen guys. I can understand that they want to kiss me, but why on earth do most of them seem to want to do crazy things like put a finger inside the vagina?

Also, can that be harmful to a woman?

A This is a good question, and the answer is somewhat complicated.

You are probably aware of the fact that males are powerfully programmed to want to have intercourse with females. To a large extent, that is what keeps the human race going, because there are always men who want to put the penis inside the vagina and to ejaculate. Again and again, the result of this is a baby!

But, in the teen years, it very often happens that girls don't permit sexual intercourse, partly because they know what a lot of trouble it can cause. In these circumstances, a guy may well opt for 'second best'. In other words, he may feel that he wants to slip his finger inside the girl.

But, particularly to young males, there is a definite sense of 'conquest' in getting a girl to allow this intimacy. Very often, guys feel that they have achieved something, like storming a castle, in that they get a young woman to agree to this penetration. It may sound crazy to you, but that's how it is.

There is also another factor. A lot of teenage guys are vaguely aware that 'finger play' can give a woman great pleasure or even sometimes make her climax. In fact, few young men have the anatomical knowledge and skill to make these finger caresses effective. So, frankly, a lot of girls just find this kind of thing uncomfortable.

Finally, you asked me whether 'finger penetration' can be harmful for the young woman. The answer is that if done gently, it is harmless, but very often, young, inexperienced males do it roughly. Quite frequently, they cause small flesh wounds with their fingernails, and these can sometimes bleed for a week or two.

Q My fiancee does not wish to take 'the Jab', Doc. Could I take it instead of her?

A No way! It is very noble of you to offer to take 'the Shot', but it is a powerful female-type hormone, and it would not work on you at all.

Q I am a female, age 20, who is just becoming sexually active. A friend of mine has found some stuff called spermicide in the back of her fridge. She thinks it belonged to her mother, but she is willing to hand it over to me, Doc. Could I use it with my boyfriend? I don't want to get pregnant!

A Spermicides are chemicals which kill sperm. They are manufactured as vaginal creams, or little vaginal tablets called pessaries.

The idea is to put them into the vagina before intercourse in the hope of 'killing' any sperms which the guy produces. Spermicides used to be employed quite a lot by women in Jamaica, and it was traditional to keep them in the refrigerator because of the warmth of the climate.

But the trouble is that they are not very effective. All too often, sperms 'got through' and made the woman pregnant. So, these days, spermicides are mostly used as a sort of additional precaution, for instance, with a condom or a diaphragm.

I would urge you not to use this spermicide stuff which your friend has discovered in the fridge. Quite apart from anything else, if it belonged to her mom, it may be years out of date.

Q To settle a bet, Doc: how soon should a guy be able to have sex again, after he has discharged?

A Many young men (not all) can do it again after about an hour. Please remember, however, that sex is not an Olympic event!

The most important things are simply:

- to treat your partner with respect;

- to avoid getting her pregnant.

Q Unfortunately, I 'gave in' to a boy last week on the day my menses finished. Will I become pregnant, Doc?

A The odds are that you will be OK, but I urge you not to take such a risk again.