Editors' Forum | From the womb to the tomb - IDB pumps billions into national identification system, which should be in place by next summer 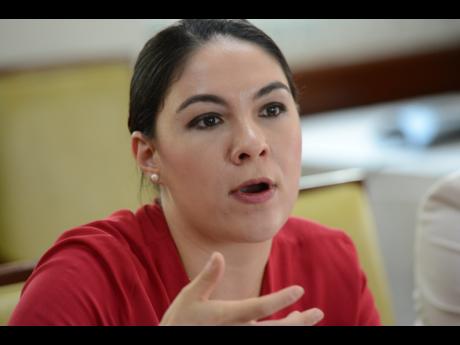 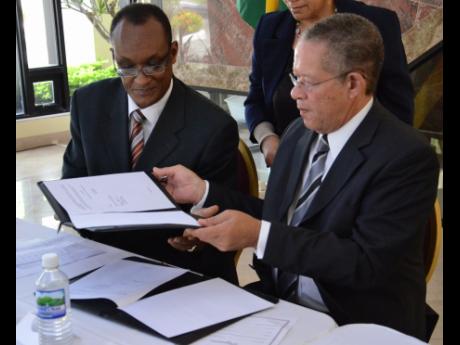 Rudolph Brown
In the September 2011 photo, then Prime Minister Bruce Golding, (right) signed an agreement with Ancile Brewster, then country representative of Inter-American Development Bank for the launch of the national identification system project.
1
2

The Inter-American Development Bank (IDB) has provided US$68 million (J$8.8 billion) in grant funding for the design of the long-announced national identification system (NIDS).

The system is expected to be rolled out next year and will outfit every Jamaican with a unique identification number.

The card will hold a complete database of every Jamaican's biological and biometric details and will be given at birth. It will walk with its holders from birth to the grave and was first proposed in 1994 by the then Electoral Advisory Committee.

The system was also billed as a multi-purpose identification system which would facilitate travel within the Caribbean Community when completed.

Late last year, Prime Minister Andrew Holness said that the Government has identified the setting up of NIDS as a strategic priority.

According to Holness, what is envisioned is a cradle-to-grave biometric identification system with a unique identification number being used for every Jamaican, with the appropriate anti-fraud features.

"This source of identification will be considered as conclusive for the purpose of customer due diligence, not only for banks but for all businesses which require customer identification and verification," said Holness as he added that biometric and demographic information will be accessible through databases and computer networks.

"We must leverage every technological resource at our disposal to meet the demands of the global business environment. Government's use of technology in regulation and compliance must be in step with international practices," argued Holness then.

Holness said then that the NIDS will serve to eliminate some procedural steps and make compliance with regulations in the financial sector easier, while also leading to greater financial inclusion.

Last Tuesday, Camila Mejia, modernisation and state specialist at IDB Jamaica, told a Gleaner Editors' Forum that the implementation process is well under way but she indicated that the January 2018 target announced by Holness is unlikely to be met.

"We are preparing the new national identification system. As you know, we have been working with the Government for the last five or six years and it's finally becoming a reality.

"We are expecting to start a rollout of the system with the enrolment of the Jamaican population in summer 2018, July or August," Mejia told the forum.

Then Prime Minister Bruce Golding first announced the NIDS in 2009, saying it would be implemented under his administration.

Experts were employed to work out the logistics in 2011 with the system slated to fall under the Ministry of Health.

Last week, Health Minister Christopher Tufton said the project is no longer under his ministry but now under the Office of the Prime Minister.

The national identification will serve permanent and temporary residents for the purpose of work, taxation, tracking, government benefits, health care, and other government-related functions.

The Government is expecting that having this unique identifier will provide a secure basis for each citizen to access an array of benefits and services, including social, health care, and education.