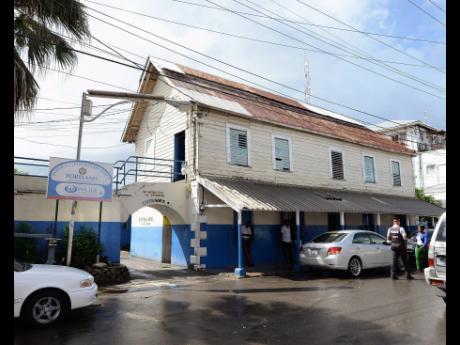 Ian Allen
The Port Antonio Police Station in the heart of Portland. 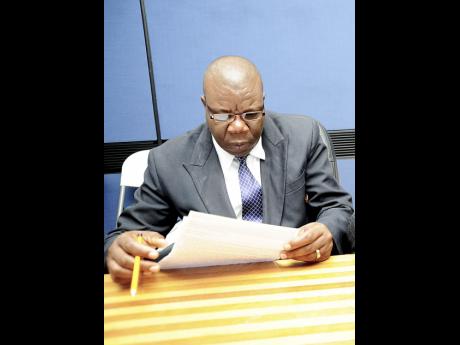 Long regarded as Jamaica's safest parish, Portland has recorded a 24 per cent reduction in serious and major crimes so far this year when compared to the corresponding period last year.

According to Swearing, between the period January 1 and April 30 the Portland police recorded 37 serious and major crimes compared to 49 during the corresponding period last year.

"The parish has recorded two murders since the start of this year," said Swearing, as he noted that robbery is down by 22 per cent, aggravated assault down by 57 per cent, break-ins down 21 per cent and rape down by 43 per cent.

"Last year around this time the murder figure was the same," said Swearing.

"One of the main contributing factors to crime is that of domestic disputes, and as such, the police have placed special emphasis on resolving domestic disputes among residents by encouraging them to settle their differences peacefully, rather than resorting to violence. We have assigned specially trained police officers to deal with, and to resolve, domestic disputes," added Swearing.

He said since the start of this year, the police have maintained a strong presence in the parish capital, Port Antonio, following four daylight robberies in 2016 by armed thugs.

The criminals tied up business operators and workers at a pharmacy, supermarket, feed store, and a sports bar, robbing them of a significant amount of cash, mobile phones, and other personal items, while removing closed-circuit cameras and other devices, before making their escape.

Swearing argued that criminal elements, who have come under persecution from the police and have been displaced from other parishes, have been making their way into Portland to disrupt the peace and quiet enjoyed by its residents.

Swearing has also appealed to residents to share any information they have on those involved in the killing of 55-year-old Baldwin Walsh, who died recently from wounds he sustained following a alleged mob attack in Port Antonio.

Walsh was wanted for the April 26 murder of his nephew, 24-year-old Robert Douglas, at David Lane in Port Antonio.

Members of the public with information on the whereabouts of these men are asked to contact the Port Antonio police at 993-2546, Crime Stop at 311, police 119 emergency number, the Stay Alert app, or the nearest police station.