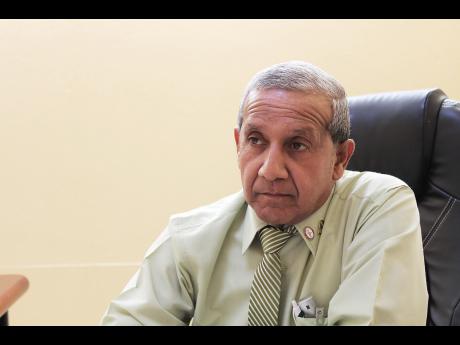 Councillors at the Clarendon Municipal Corporation are upset about the length of time it is taking for funds to be allocated for what was deemed emergency clean-up and repair work in their divisions, following flooding caused by heavy rain three weeks ago.

Clarendon was the worst affected parish with an estimated 5,000 persons being directly impacted by the severe weather conditions that affected the island last month.

Councillor for the Crofts Hill division, Anthony O'Connor, lamented that the northern sections of the parish are being neglected, despite being affected by landslides and blocked drains.

"We were expecting a more immediate and forceful response from the minister. Landslides occurred in the north, roads were blocked and drains were clogged with silt," he told chairman of the Corporation, Winston Maragh, at the council's monthly sitting last Thursday.

However, Councillor Scean Barnswell questioned if the procedure to access emergency funding has been revised with the change of administration, regarding whose responsibility it is to give permission to use funds.

SILENCE ON THE ISSUE

"To the best of my knowledge while I was chairman, it was in consultation with the CEO/and chief technical officer of the Works Department as to how the funds will be allocated, but now there is total silence on the issue every time the matter is raised," he said.

Maragh, in response, stated that immediately following the flooding, $7 million was allocated and shared among all the divisions to clear blocked roads.

However, based on the amount requested from the Ministry of Local Government, the minister has promised a response in short order.

O'Connor said it is unsatisfactory that given the urgent response that was required for clean-up, he is baffled as to how three weeks later the ministry is still merely promising a response.

He also said there was inequity in the sharing of the $7 million, noting that he only received $200,000 for work in his division, which he said is woefully inadequate.

Chief executive officer of the Corporation, Rowhan Blake, noted that the council is responding to the situation but is limited in its actions as the parish is still experiencing heavy rainfall and so not much can be done until the weather improves.