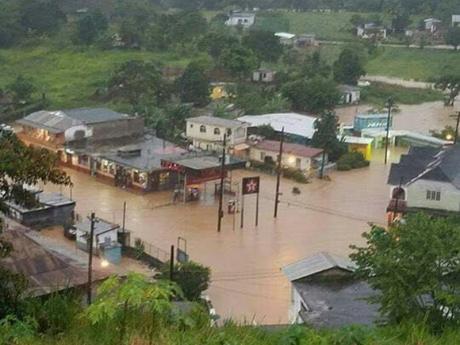 Legislators are questioning the purpose of Jamaica continuing to pay millions in insurance premiums under a regional fund when Jamaica does not qualify for payouts despite damage due to heavy rainfall and hurricane.

The issue was raised this morning at a meeting of the Public Administration and Appropriations Committee (PAAC).

That US$4.9 million is after discount on the full premium of US$6.3 million.

Jamaica has been with the fund since it was established in 2007 but has never benefited.

McFarlane said two years ago, Jamaica expanded its coverage to include excess rainfall, which joins with hurricane and earthquake impacts.

He explained that the fund does not use the assessment of damage but instead uses a model that allows it to estimate the damage based on a predefined set of circumstances.

The financial secretary said up to $28.5 million can be paid out if Jamaica meets the criteria for excess rainfall.

However, Jamaica has never met the criteria to trigger a payout and PAAC chairman Dr Wykeham McNeill said more information was needed on Jamaica's approach to getting drawdowns.

MPs Mikael Phillips and Fitz Jackson argued that Jamaica should revisit whether taxpayers money should continue going to the insurance fund when payouts are difficult to get.

The Financial Secretary noted that those concerns are policy matters which fall in the remit of the Minister of Finance.

However, he noted that a benefit of the fund is the quicker payment when compared with the more popular indemnity related insurance schemes.

In two weeks, McFarlane is to provide information heavy rainfall in the past month and whether Jamaica will apply to the regional insurance fund.

Since its establishment, the 16-member-CCRIF has made 22 payouts totalling US$69 million to 10 governments.