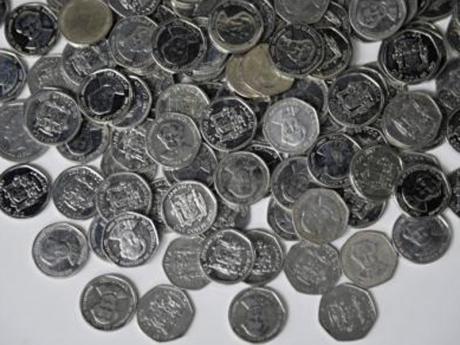 The Bank of Jamaica (BOJ) expects the coin shortage to ease by next month.

Senior Deputy Governor at the Central Bank, John Robinson, told Parliament’s Public Administration and Appropriation Committee (PAAC) yesterday that the Bank will be bringing forward orders for coins that were slated for later in the year.

Robinson said the BOJ has already began receiving some orders.

He further told the committee that the Central Bank will be embarking on a campaign to entice Jamaicans to handover coins for notes.

He said the BOJ will be seeking to enter into contractual arrangements with businesses which have islandwide networks so that central collection points can be established.

Sign up for The Gleaner’s morning and evening newsletters.
Senior Deputy Governor at BOJ, John Robinson

The Senior Deputy BOJ Governor explained that many Jamaicans have stopped visiting the central bank to convert coins to notes.

He admitted that BOJ will have to bear additional costs to ease the coin shortage.

PAAC member Fitz Jackson argued that the change in behaviour by Jamaicans may have been influenced by the imposition of limits and fees by banks and other financial institutions to exchange coins for notes.

PAAC Chairman Dr Wykeham McNeill said the BOJ may have to take a policy decision on coin exchange and report back to the Committee.

Recently the operators of the North South Highway announced an adjustment in toll rates to eliminate the need to give coins as change.

The coin shortage was cited as a reason for the move.