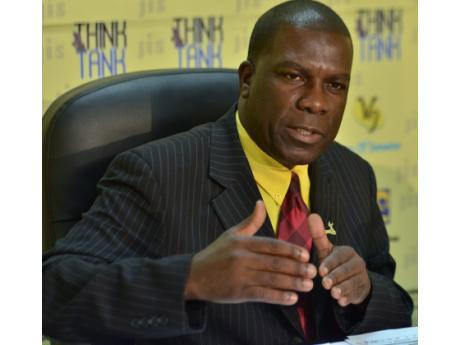 Grant says Jamaica has not been able to benefit from the regional disaster catastrophe fund, despite suffering significant damage from natural disasters in recent years.

President of the Jamaica Agricultural Society (JAS), Norman Grant, wants the government to review the arrangements under the Caribbean Catastrophe Risk Insurance Facility.

Grant says Jamaica has not been able to benefit from the regional disaster catastrophe fund, despite suffering significant damage from natural disasters in recent years.

Pointing to the damage to the agricultural sector from several days of rain, the JAS president says the government may have to review the terms under which the country benefits from a payout under the regional catastrophe fund.

Grant says a speedy intervention will be needed to restore agricultural production as quickly as possible.

Yesterday, members of Parliament’s Public Administration and Appropriations Committee (PAAC) raised concern that Jamaica continues to pay millions in insurance premiums under a regional fund when Jamaica does not qualify for payouts despite damage due to heavy rainfall and hurricane.

Financial Secretary Everton McFarlane told PAAC that Jamaica is paying US$4.9 million in premium for the 2016/2017 insurance year under the regional insurance fund.

Jamaica has been with the fund since it was established in 2007 but has never benefited.

McFarlane informed that two years ago, Jamaica expanded its coverage to include excess rainfall, which joins with hurricane and earthquake impacts.

The financial secretary said up to US$28.5 million can be paid out if Jamaica meets the criteria for excess rainfall.

However, Jamaica has never met the criteria to trigger a payout