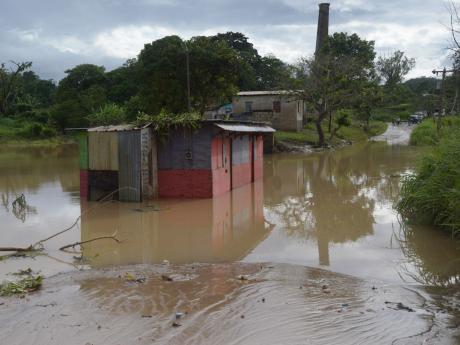 The National Works Agency (NWA) says 90 per cent of roads that were reported impassable following the heavy rains have now been cleared.

In a release this morning, communications manager at the NWA, Stephen Shaw, said the agency continues to assess the damage to the road network in St Catherine and Clarendon.

He said assessment is being done on a section of the roadway that was damaged by flood waters in Manchioneal, Portland.

In the meantime, the Vanity Fair to Tavern Hill roadway in St Catherine remains impassable, as well as the Sports Park to Post Road corridor, which was discovered blocked by landslides overnight.

Access to the town of Frankfield from Trout Hall, Clarendon has been cut off.

The NWA says it is working to fix the badly severed road temporarily with river shingles and boulders.

The NWA is urging motorists to proceed with extreme caution along affected roadways as the rains continue, heavily at times, in some sections of Clarendon, St. Catherine and Portland.