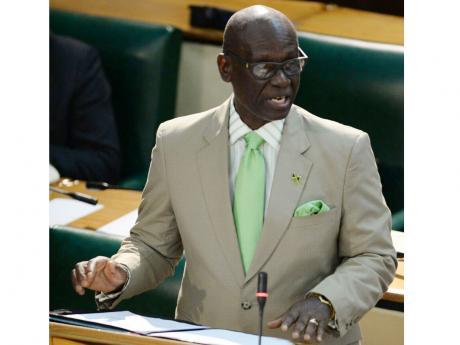 Local Government Minister, Desmond McKenzie, has signed a $190-million contract for the construction of a modern administrative building for the Portmore Municipal Corporation.

Speaking at the signing ceremony yesterday, McKenzie said the project will provide the Corporation with its own space from which to operate.

He noted that the Corporation spends more than $7 million per year on rent.

The new 22,654-square foot facility will be situated on four acres of land in the vicinity of Braeton Parkway and Municipal Boulevard.

It will have energy-efficient features such as LED, and solar street lighting, access for the physically challenged, landscaping, adequate car parking, and water harvesting, among other things.

Mayor of Portmore, Leon Thomas, informed that work has commenced on the site with the clearing of debris, erection of a perimeter fence, and landfilling, which is depositing materials to fill the land, resulting in an elevation of ground level.

The 20-month project is to start on June 1 and be completed by February 2019.

The local government ministry is providing $100 million for the project, while the Portmore Corporation is contributing $90 million.