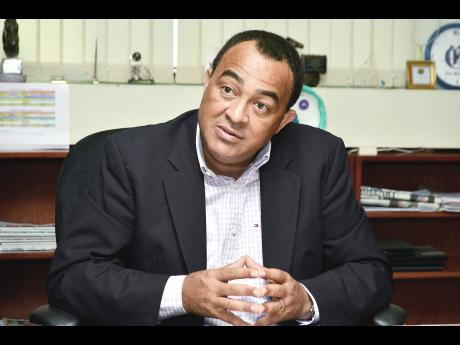 Health Minister Dr Christopher Tufton has renewed his call at the highest level for countries in the region to be more deliberate and robust with their action plan to mitigate against non-communicable diseases (NCDs).

Speaking at the Commonwealth Health Ministers Meeting in Geneva, Switzerland, yesterday, Tufton pointed to alarming Caribbean statistics that show that 77 per cent of deaths in the region are as a result of lifestyle diseases/NCDs. The data, as presented by the minister, also indicate that 40 per cent of these deaths are premature - 30 to 69 years.

Tufton is hopeful that the countries will leave the summit fully cognisant of the impact NCDs are having in the region and will pledge their deeper commitment to pursuing the 10 WHO National NCD targets by 2025 (http://www.who.int/nmh/publications/ncd-progress-monitor-2015/en/).

Currently, Jamaica and Barbados lead the region, having already achieved seven of the 10 targets. More than half of the other countries have reach three or fewer of

the targets - Haiti is yet to achieve any.

In the Jamaican context, where currently seven out of every 10 deaths is caused by an NCD, the Pan-American Health Organization/World Health Organization, projects that an estimated $17 billion will be lost in gross domestic product due to NCDs and mental health conditions (2015- 2030).

Jamaican Health Minister Dr Christopher Tufton, who had been selected to represent the Caribbean's ministers of health, used his presentation to place on record his own mandate of achieving all NCD targets and a call to action for his regional colleagues.

He urged Commonwealth ministers to find the political will to do what is necessary to set their countries on the right path. The minister asked the regional authorities to:

n Implement national legislation consistent with the provisions of the WHO Framework Convention on Tobacco Control and its guidelines;

n Establish a regulatory regime for the compulsory food labelling of all commercially manufactured foods;