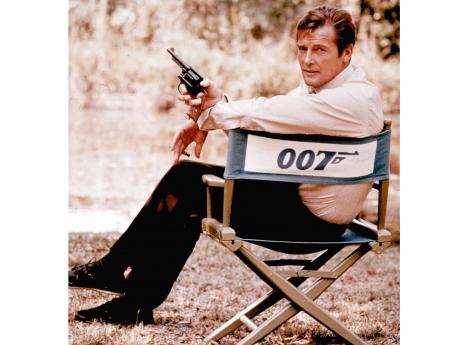 In this file photo British actor Roger Moore, playing the title role of secret service agent 007, James Bond, is shown on location in England in 1972. - AP

Sir Roger Moore, the legendary actor - famous for playing James Bond - passed away in Switzerland this morning after losing a short battle with cancer, his family confirmed in a statement posted on his official Twitter account.

A letter was tweeted from the account on behalf of his three adult children Deborah, Geoffrey and Christian - his offspring with third wife Luisa Mattioli - along with the message "with the heaviest of hearts, we must share the awful news that our father, Sir Roger Moore, passed away today. We are all devastated".

"Thank you Pops for being you, and for being so very special to so many people.

"Our thoughts must now turn to supporting Kristina at this difficult time, and in accordance with our father's wishes there will be a funeral in Monaco,” the letter read in part.

As well as his three children, Moore is also survived by his fourth wife Kristina 'Kiki' Tholstrup - with whom he raised her daughter Christina Knudsen, who died in July 2016 at the age of 47.

Moore enjoyed a stellar TV career with lead roles in The Saint in the 1960s and The Persuaders! in the early 1970s before he landed the coveted part as Bond in 1973.

He is currently is the longest serving 007 spending 12 years in the role and starring in seven films, including Live and Let Die, The Man with the Golden Gun and A View To A Kill.