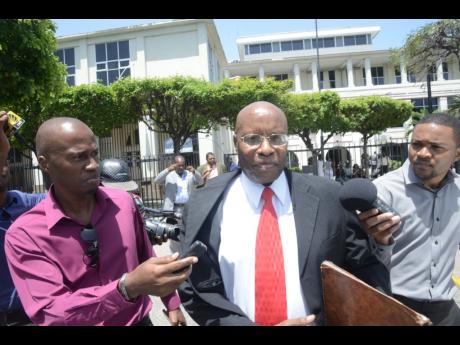 The long-running fraud case of Cash Plus boss Carlos Hill has collapsed.

Prosecutor Adley Duncan a short while ago told Justice Chester Stamp that the prosecution was offering no evidence against Hill.

The judge then ordered the jurors to return a verdict of not guilty.

According to Duncan, after the Cash Plus investments scheme collapsed in 2008, thousands of people were affected and he was expecting them to come forward to give statements.

However, Duncan said only one person who provided a statement showed up.

Duncan also said the prosecution would be hard-pressed to prove fraud against Hill because people from within the organisation would have been needed to testify but none came forward.

"I have looked at the case and decided that based on the evidence that we have, we cannot prove the case against him," Duncan said.

Hill was charged with fraudulently inducing persons to invest in Cash Plus, which collapsed in 2008 with more than  $10 billion for over 40,000 investors.