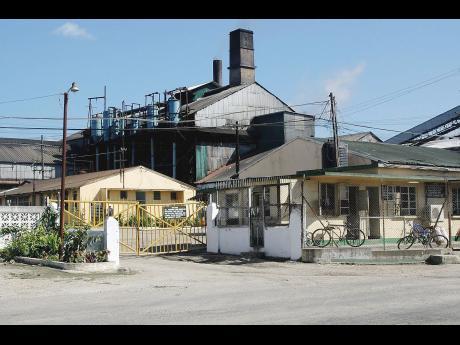 The entrance to the Long Pond sugar factory in Trelawny. – File Photo

Everglades Farms says it expects to get approval from government to transform the Long Pond sugar factory in Trelawny into a co-generation facility by the third quarter of this year.

Chief executive officer of Everglades Farms, Andrew Hussey, says the approval will pave the way for it to negotiate a power purchase agreement with the Jamaica Public Service Company (JPS) to sell the electricity produced by the new facility.

Hussey says the co-generation facility is hinged on securing the power purchase agreement with the JPS.

He says transformation of the factory would begin approximately 18 months after the power purchase agreement is secured.

Everglades Farms announced on Monday that it has secured a deal with the US-based Arrakis Development to inject some US$38 million or J$4.9 billion to transform the Long Pond sugar factory into a co-generation facility.

However, cane farmers in Trelawny and St James on Monday also announced their own plan to establish a $100 million multifaceted facility which would see them manufacturing products from their own canes and diversifying their use of cane lands.

The initiative, to be operated under the Trelawny Pride brand, will require the 1,800 hectares of lands owned by Sugar Company of Jamaica (SCJ) Holding.

This would mean their canes would not be available for the Everglades project.