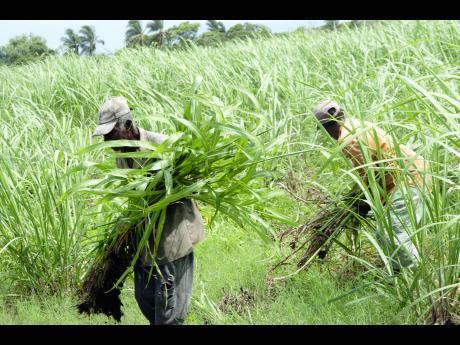 Everglades Farms Limited could be left without canes for its ambitious plan to transform the Long Pond Sugar Factory in Trelawny into a co-generation facility.

Cane farmers in Trelawny and St James on Monday announced their own plan to establish a $100 million multifaceted facility which would see them manufacturing products from their own canes and diversifying their use of cane lands.

The initiative, to be operated under the Trelawny Pride brand, will require the 1,800 hectares of lands owned by Sugar Company of Jamaica (SCJ) Holding.

However, Everglades Farms last week also announced a US$38 million or J$4.9 billion deal with US-based Arrakis Development to transform the factory into a co-generation facility.

The facility would also require the SCJ lands and sugar cane being targeted by the cane farmers for their project.

However, Allan Rickards, who heads the Trelawny and St James cane farmers’ association, says the farmers will be pressing ahead with their plan despite those announced by Everglades.

Rickards says cane farmers have had enough of waiting on word on the future of the sugar industry, in the wake of the shutdown of the sugar factory.

He says he finds it curious that Everglades Farms, which owns Long Pond sugar factory, announced its plan on the same day the farmers were set to unveil theirs.