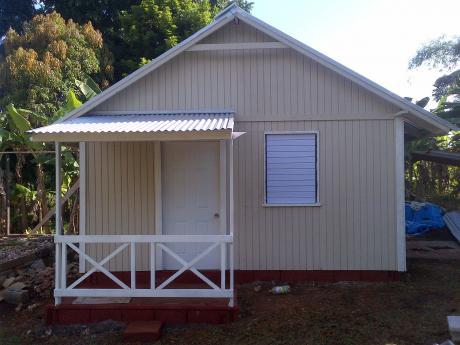 Charity organisation Food For The Poor Jamaica has responded to comments made by some lawmakers who criticised the entities about its programme with the government to build low-income houses.

Yesterday, members of Parliament's Infrastructure and Physical Development Committee expressed frustration that they were being sidelined in the implementation of the project.

They also expressed concern that the charity is seeking to increase building costs.

The Government pays half the cost to build each of the two bedroom board houses but Food For the Poor is requesting an US$800 increase that would be split in half and put the State's contribution to US$3,600.

Government MP Leslie Campbell said the cost is too high and supported his opposition colleague Fenton Ferguson who called for a review of the funding arrangements and a determination of whether Jamaica is getting value for money.

READ: Food For The Poor accused of building termite-infested house, criticised by MPs

Mikael Phillips, who chairs the committee, said there are also issues of quality as beneficiaries in his Manchester North Western constituency have complained about termites and poor construction.

However, in a statement, Food for the Poor rejected that claim saying it has not received any such complaints, having constructed 4,130 housing units under the project.

It adds, the Government is required to certify that the house is completed.

The organisation says its sole interest is to build houses and help Jamaica’s less fortunate.