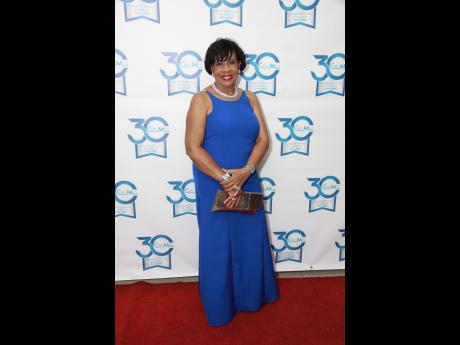 After a career in pharmaceutical sales spanning almost three decades, Claudette Guthrie says she has no regrets. With her cheerful and caring demeanour, it is easy to see why she has earned the loyalty of her customers and the respect of her peers in the industry. The prolific saleswoman, who recently celebrated 27 years with Cari-Med Limited, has received numerous accolades over the years from her employer and the wider industry.

In 1994, four years after entering the industry, she copped the Pharmaceutical Society of Jamaica (PSJ) Central Regional Sales Person of the Year Award. She won this award again in 1996, and went on to establish a 'first' for Cari-Med Limited in that same year, when she also received the PSJ National Sales Representative of the Year award.

She has been named top sales representative at Cari-Med several times, for 2008-09, 2011-12 and 2012-13. In January 2017, she added another feather to her cap when she received the company's most prestigious award - the Chairman's Award.

Guthrie says selling has always been in her blood. She recalls an instance when she was working as a secretary in the banking sector and one of her co-workers had brought back some clothing items from an overseas trip and enlisted her help in spreading the word. Within an hour, not only had she spread the word, but she had sold off the entire stock. She had gone from floor to floor and, with her warm personality, wowed every one of her co-workers with her sales pitch.

Sometime later, Guthrie ran into her long-time friend Glen Christian, who had recently launched his new company, Cari-Med Limited. She told him about her desire to enter sales and, though he had no vacancy at the time, he followed up with a call in 1990. It was to be the start of a long and mutually rewarding relationship.

At Cari-Med, she has been voted Miss Congenial by her peers every year since Cari-Med has had the departmental award. These days, Guthrie focuses on servicing her accounts within Kingston and St. Andrew.

Guthrie advises young people entering the field that the key to success is building a great rapport with customers while maintaining professional boundaries. The mother of two boys also stresses the importance of striving for a work-life balance.