Steve Lyston | Is the globe prepared for famine? 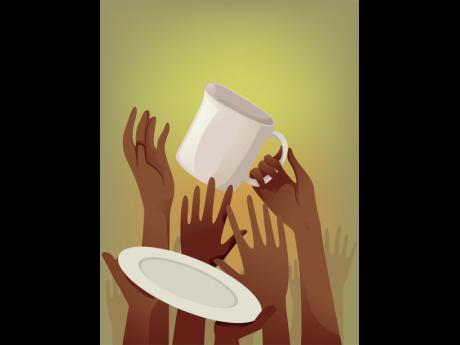 There are different levels and kinds of famine that take place globally - a severe shortage of food, shortage of money, for example - and they can be caused by many issues such as a war, a drought, diseases, infestations and all of that can trigger significant increases in prices and costs of production. Recession and economic fallout can also result in famines. So, for example, a stock market crash can trigger a famine.

There is good and bad that can be found in the midst of a famine, however. Nations and organisations that are properly prepared always have an advantage and will have dominion in times of famine. Stockpiling and logistics are key in moving forward. The question then becomes: Is there enough food, medication or water available globally to deal with a global famine?

During a famine, refugees and the issue of migration are always at the forefront because people will always be going toward food or a better life. The refugees issue is now dominating the globe and most countries no longer respect the preamble coming out of the 1951 Refugee Convention. Countries are now closing their borders. Many lives will be negatively affected and furthermore, the Sustainable Development Goals of the World Health Organization, the Food and Agriculture Organization of the United Nations and the Office of the United Nations High Commissioner for Refugees will not be achieved, and if that is so, we are looking at a potential crash in these organisations - especially if there is not enough resources and not enough trained volunteers.

During a famine, all advisers are exposed, and those who are true will remain and those who are not will be gone with the wind. It is during times of famine that nations form new bilateral and trade agreements. The political system will finally realise that they need the government of God who has insight and knows times and seasons. Famine tests one's faith and brings one back to basics. Famine also, however, brings wealth transfer.

In preparing for a famine, it is critical for organisations to begin focusing on:

Available warehouses and other storage spaces are going to be key during the famine, and it would be critical for countries like Latin America and the Caribbean to capitalise on this.

Transportation will also play a key role ahead. I would strongly encourage the airline industry to reduce the airfares for children ages two to 15. Any airline that does so will experience significant increases in sales. The same is even more so if they eliminate the charges for the second checked bag. Countries also need to reduce their customs duty on barrels.

It is critical for people to begin stockpiling water, candles, matches, toilet paper, bath soap, diapers (adult and children), bleach, plastic containers and bags, salt, sugar, powdered milk, honey, vinegar, garlic, coal and non-perishable items. One of the ways people can do this is to purchase an extra one or two of these items each time they go shopping and store them away; so you would be gathering up these items.

Government should begin to assist the farmers with seeds and upgrade the nation's irrigation system - especially for the farmers.

Universities should also have a special team of students whose main goal would be to experiment with new ways of farming or production of food for times of famine/shortage.

Oftentimes, it is after the fact that people then reactively begin to put 'plans' in place for 'the next time' something happens.

Every organisation should have a strategic plan in place to save lives and remain viable. Companies that strategically plan ahead will remain prosperous - even in times of famine.