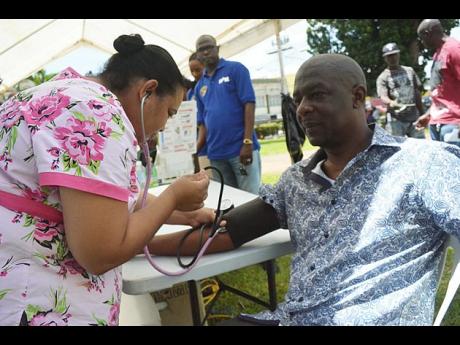 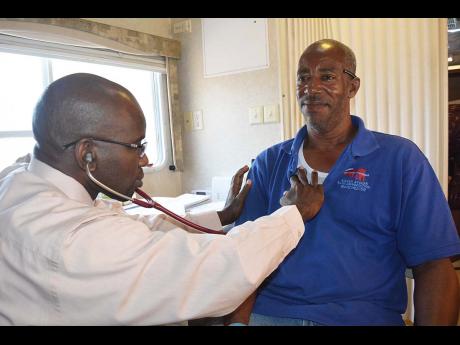 Scores of bus and taxi drivers were among the beneficiaries of free health checkst on Saturday and Sunday during a "Know Your Numbers" health drive organised by the Three Angels Pharmacy with support from members of some local Sabbath-day Adventist churchest, health agencies and companies in Mandeville.

Of the approximately 400 persons who registered, 240 were bus and taxi drivers who took advantage of the opportunity to have their body mass index, blood glucose, cholesterol, blood pressure, eyes and HIV status checked. Persons were offered counselling on healthy lifestyles, and prayer sessions were provided for those who requested them. A volunteer medical doctor was also available.

"In general, the concern is that most of the persons who came were hypertensive," said retired Nurse Leonie Bailey.
"Many were also pre-diabetic based on their numbers. They need to make lifestyle changes in order to correct the current trajectory. They need more rest, exercise, a diet with more fruits and vegetables and also to trust in God.

Seventh-day Adventist entrepreneur and owner of Three Angels Pharmacy, Rohan McNellie, felt satisfied that he, along with the team of volunteers, did their best to share the love of Jesus through his recently launched mobile clinic.

GIT TO THE COMMUNITY


The idea of this outreach to the men and women who are responsible for transporting members of the public in Mandeville came about when a taxi driver friend of mine died suddenly a few months ago. It struck me that maybe if he knew his numbers, he could have made the necessary changes to his lifestyle and could have been alive today," explained McNellie.

It is very important that people be made aware of their health conditions, and I know many of these drivers are so busy, they will not find the time to do health check-ups until it is too late, so this is my gift to the community, because I want all of us to be in good health."

Since its launch on March 30, 2017, the Three Angels Pharmacy Mobile Clinic has served free medical checks to several communities in Manchester, Trelawny, St Ann and Clarendon.