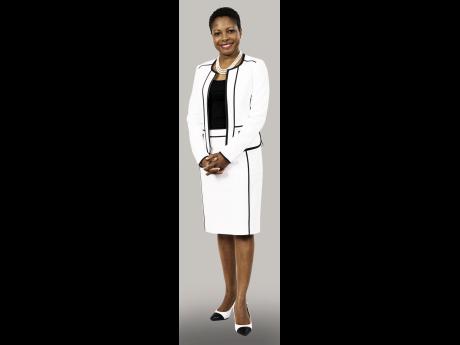 Economist Dr Dana Morris Dixon says Jamaicans need to curb their appetite for depreciating assets if they want their country to experience the kind of economic stability it needs to grow.

Morris Dixon, who heads business development and research at one of the country's most powerful conglomerates, the Jamaica National Group, says that for the country to survive, Jamaicans need to reduce their appetite for borrowing to finance purchases that will not facilitate or offer them increased financial returns.

Her comments are based on reported findings of the Bank of Jamaica (BOJ) in its Financial Stability Report 2016, which reveals increasing indebtedness among Jamaican households. About $5.40 of every $10 of household income is used to "pay down" on debts, the report states. That compares to $3.30, a decade before, in 2006.

"We need comprehensive public education about managing our finances," Morris Dixon underscored, noting that although the debt level among the country's households was not the worst in the world, without proportionate increases in income, the problem will worsen.

"However, with high household debt and minimal growth in wages, consumption spending cannot be relied on as the key driver for economic growth," she said.

Morris Dixon noted that borrowing can be good if people borrow to invest in appreciating assets, such as real estate; however, many loans in Jamaica are being used to purchase assets such as motor vehicles; and to finance other activities that diminish in value over time.

She noted that the improper use of credit cards, for example, is a major driver of personal debt, with the BOJ reporting credit card receivables of some $33.8 billion for 2016.

"During a survey, we found that when choosing a credit card, people are looking first at whether rewards and points are offered and not at the interest rate, which indicates a major problem," she said.

Dr Dana Morris Dixon is pointing to the growing size of the local microloan market as an indication of the swelling appetite for debt. She observed that with stricter regulation and the emergence of credit bureaus to confirm the creditworthiness of customers, non-performing loans at deposit-taking institutions have been decreasing. However, loan agencies which are not as strictly regulated may be posing a challenge.

"Borrowers are more likely to default on loans from less traditional facilities such as microloan agencies, which may be an even bigger issue, given the high interest rates charged and the demographic of the borrowers who use these agencies," she says.

To manage the situation, Morris Dixon said, the country either has to grow its GDP or reduce household debt, while growing GDP, or maintaining GDP at the same level. However, she said there must be a concerted effort on the part of citizens, Government and financial institutions to change that behaviour.

"Borrowers need to be educated about the potential impact of acquiring too much debt," she said. "And that process should start at an early stage, by educating young people to budget and to stick to their financial projections."

The economist also said steps should be taken to ensure that financial institutions, particularly those that are not regulated, do not take advantage of borrowers by imposing interest rates which are onerous to repay.

Also, she posited deposit-taking institutions should maintain stringent underwriting procedures to ensure that consumers do not need to restrict their consumption to satisfy their debt obligations. She stated that institutions should also encourage debt consolidation to assist consumers to benefit from lower rates.

"In addition, lending institutions ought to explain the intricacies of different loan terms; and advise their customers and clients about specific ways to manage their interest payments, such as paying more than the minimum," she maintained.