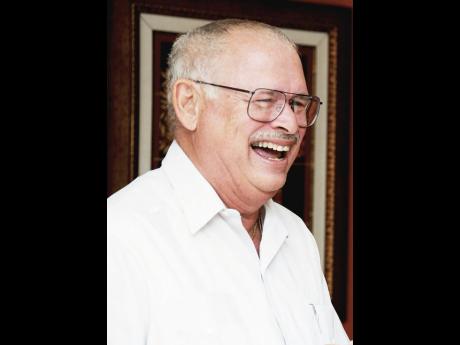 Peter Raymond Fletcher, the doyen of surgery in Jamaica died peacefully last week. He was an alumnus of both Jamaica College (1951-1957) and Kingston College (1957-1958).

Fletcher graduated in medicine from the University of the West Indies with the MBBS, UCWI (London) degree in 1964. Taking the advice of his mentors Ronald Irvine, Don Gore and Ken McNeill, Fletcher opted for the United States rather than the United Kingdom for his surgical training.

He was a man of calm demeanor and impeccable manners, and he was a surgeon who led by example; consistent hard work meant many back-to-back all-nighters in the operating theatre. His unwavering self-discipline and 'regulated upbringing' made him intolerant to sloppiness and gratuitous rudeness of any complexion.

His inherent sense of justice saw him giving of his best to all patients, irrespective of financial standing or social status. He invested a considerable amount of time and energy promoting mutual respect and camaraderie among members of the department he led.

Although Fletcher received every honour conceivable from his peers - President of the Association of Surgeons (1990-92), Governor, American College of Surgeons (1990-1996), President, UWI Medical Alumni Association (1991-1993) and Super Lion, Chancellor Hall, 1992 - he approached these awards with a casual nonchalance and was never conceited. Being a patriot, he was specially appreciative of the national honour he earned - Order of Distinction, in the rank of Commander (CD) for contributions to Medicine in 2011.

Fletcher was an exemplary teacher who understood the unique value of mentorship long before the term became fashionable. His expressions of commendation were usually direct, encouraging and carefully measured, and his corrections unequivocal with a special intolerance for indolence and acts of deception. His mentorship stood out particularly because he never had a boastful corpuscle in his nature, yet his achievements were high and effortless.

He was a surgeon of great courage but not overconfidence, and his immense skills were always at the disposal of a wide cross section of Jamaicans.