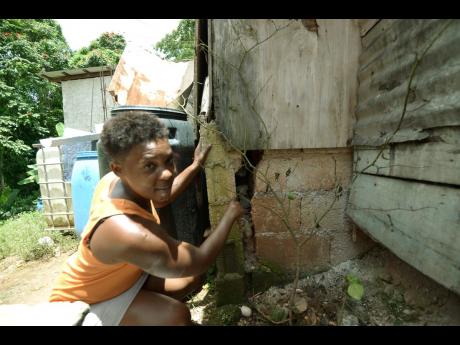 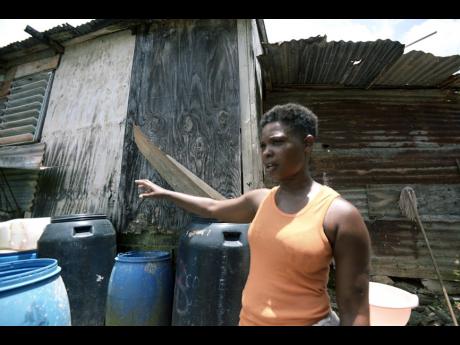 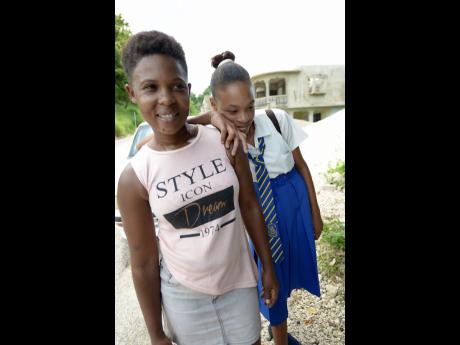 Oblivious to the controversy between Food For The Poor and members of parliament over the houses being provided by the agency, Semone Butler just wants to come out of the one room she calls home.

She applied to the charity agency, Food For The Poor, several years ago for one of its housing units, but is yet to hear a word, despite the fact that the agency lists the waiting time as between six months to a year.

"I just need a house. Is five years now I applied. I carried in all the documents - the letter from my mother to say that I have permission to build the house on her land; all the papers to show that the taxes are paid, and up to now, not a word," she told The Gleaner last week.

She said she has called the agency "as often as I can" and telling her story to someone new each time.

"I am tired of doing it. I find myself repeating it over and over. One person told me that I must find out what the other persons who get houses do to get it. I don't know what to do but to fill in the documents and bring them in," she said.

Butler came to the spotlight earlier this month after The Gleaner ran a front-page photograph of her carrying her 17-year-old daughter, Denelia Kelly, on her back through muddy floodwaters in Redwood, St Catherine, during recent heavy rains that devastated the island. She was determined to get her daughter to school clean and on time to sit her Caribbean Secondary Certificate Education exams.

She had no idea that the "labour of love" would bring her so much attention, because to her it's what mothers do.

Last week, she welcomed a team from The Gleaner to her humble home in rural St Catherine and told the story of fear and worry when it rains, especially if it is windy.

Butler, who rears chickens and juggles as a part-time hair-dresser, is anxious to get a decent house in order to have some privacy for both her and her daughter.

Already a grandmother of two, the mother of four said nothing allows someone to hold up their head like having a little place to call their own, and having some privacy.

Pointing to where she lives now, with a wide crack in the almost five-foot foundation at the back, she said, "The foundation of the house is cracked. See it there. All these things you see here are put against it so that the house don't fall down. It leaks when it rains. But I have a fear that if we get anything as heavy as two weeks ago, it will fall down."

Since Butler's story was highlighted in The Sunday Gleaner, at least one corporate entity has indicated that it will be providing gift baskets for both mother and daughter.

FOOD FOR THE POOR PROCEDURES

Charity agency Food For The Poor has outlined the following procedures to apply for a house.

1. A complete letter of recommendation is required from each applicant, which should briefly state their situation.

2. This recommendation should be written by a pastor or justice of the peace (JP).

3. Along with the recommendation, the following documents should be attached:

- Land owner: Copies of the land title and tax receipt.

- Leased land: Copies of the lease agreement, signed by a JP. Lease must be for a minimum of 10 years. Land title or tax receipt must be submitted.

- Land you have received permission to build on:

Copies of the permission letter from land owner (signed by a JP), land title or tax receipt should be handed in, but not the original documents.

4. Persons are advised that they should submit the documents to the FFP's Ellerslie Pen office in Spanish Town, St Catherine.

5. The waiting period to learn if the application has been approved is six months to a year.