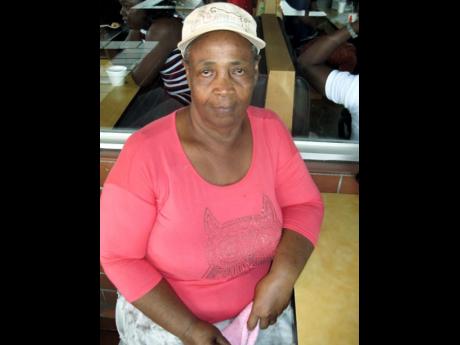 Dorette Bell is 72 years old and was recently diagnosed with stage-two womb cancer. The elderly woman, who lives on Mount Clair Drive in May Pen, Clarendon, said she was devastated when she got the news from her doctors.

"I started seeing signs since December last year, but I went to the doctor in January 2017. They did some tests and those results came back. They sent me to do a biopsy, and it was based on those results that they were able to tell me that the cancer has moved from stage one to two," she said.

However, each time she seems to overcome one problem, Bell is confronted by another hurdle bigger than the last. "Now they have sent me to do an MRI which costs $65,000, but I am finding it difficult as I am not working; neither do I have any family to help me with the cost of this test," she said as she wiped her tears, adding that this test was supposed to have been done on May 4.

Bell explained to Rural Xpress that she is also hypertensive and diabetic, illnesses for which she is on medication. The doctors are awaiting the results of the MRI to determine the plan of action and the desired treatment, but that has been delayed because she does not have a clue where that money will come from.

Bell told Rural Xpress that she receives $2,900 for pension fortnightly, which she uses to purchase food and medication and also to pay rent.

"I am currently on pain medication and vitamins. Those are very expensive and I can hardly afford them," said Bell.

"At my age, I'm worried and scared about the treatment, not knowing if it is going to be an operation or what; knowing that something might go wrong. I'm just worried and concerned overall like anyone else who has a major illness such as mine, where the possibilities of recovering might be slim," Bell lamented.

She said she is mostly in pain which is felt in her sides and reaches down to her hips and lower abdomen and causes bleeding at times.

Bell had two children, but both have died: her son died in 2007 from renal failure and her other child died in 2013 from a blood clot around her liver.

Bell is desperately pleading for assistance to do the biopsy and to help with medication. Anyone willing to assist can contact her at 541-9413.