Long-awaited MoU between INDECOM, police to be signed in a month 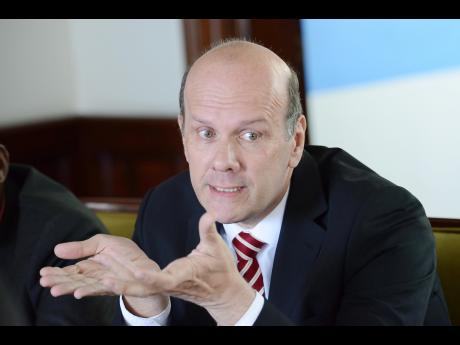 Campbell ... there is now agreement on the MoU.

The Independent Commission of Investigations (INDECOM) says it now expects to sign within another month, the long-awaited Memorandum of Understanding (MoU) with police.

In September last year, the National Security Minister Robert Montague told Parliament that the two bodies had completed discussions on a proposed MoU.

But the signing was hit by delays as the police and INDECOM sought to address differences.

The MoU, outlining the protocols governing the engagement of INDECOM and the Jamaica Constabulary Force (JCF), became necessary amid increasing discomfort among cops that they were being unfairly treated by the investigative body.

The independent body was established in 2010 in response to excesses by the security forces. Speaking this morning on Independent Talk on Power 106FM, assistant commissioner of INDECOM, Hamish Campbell, said the Police Commissioner George Quallo and the INDECOM Commissioner Terrence Williams have met and there is now agreement on the MoU.

Campbell also said there has been improvement in the conduct of the police.

He said since in the last quarter, there were 54 incidents involving the police and a recommendation for prosecution was made in only two cases.

Meanwhile, Assistant Commissioner of Police Richard Stewart says the JCF has been making progress in having members comply with the use of force policy.

Stewart said, however, that the police are often faced with tough situations in which they are confronted by armed criminals.

He cited the recent case of a woman seen in a video making the rounds on social media.

In the video, the woman, armed with a handgun, is heard uttering expletives and making threatening comments to a man, while another appealed to her to remain calm.