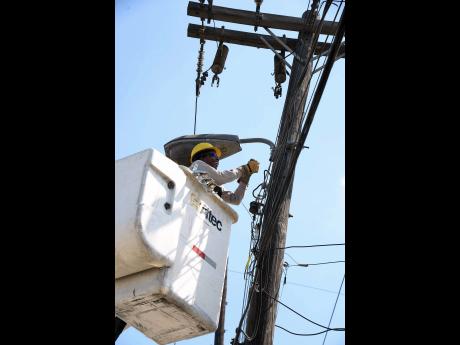 The Office of Utilities Regulation (OUR) has made several recommendations to the Jamaica Public Service (JPS) to prevent a recurrence of the August 27, 2016 system shutdown that left the country in darkness for several hours.

Following detailed analysis of the circumstances surrounding the all-island power outage, the regulatory body advised the light and power company to ensure that adequate measures are introduced to forestall and prevent a repeat of identified problems associated with the system shutdown.

The OUR also highlighted issues associated with the performance of certain independent power producers generation facilities.

Additionally, the regulatory body has urged, as a matter of priority, that the JPS review the current switching procedures and safety rules, and establish appropriate systems to ensure compliance.

The OUR further instructed JPS to "urgently review the policies and procedures governing all communications between system control and field personnel to ensure greater accountability" and to maintain a sound records-management and storage system. This, the JPS noted, would ensure that all communications between the system control centre and other operations personnel can be properly recorded and protected so that in the future, records can be accessible to the regulator to facilitate necessary investigations and audits.

In addition to the August 2016 power outage, the electricity system also experienced a major failure on April 17, 2016.

The OUR also took the opportunity to reiterate that JPS should implement the recommendations coming from its investigation of the April incident, in accordance with the approved action plan.

- The system shutdown was caused by the failure of the system operator's maintenance personnel to remove a 'short and ground' that was installed on the 69-kilovolt transmission system at the Port Authority substation to facilitate maintenance work at the substation.

- The primary protection scheme failed to trip the relevant circuit breaker and clear the fault, as was expected.

- The relevant back-up protection scheme failed to clear the fault, as was expected.

- The non-functioning of a number of important communication systems during the system shutdown affected the early analysis of the problem and therefore delayed restoration activities.