Dwight Fletcher | God is waiting to restore your hope 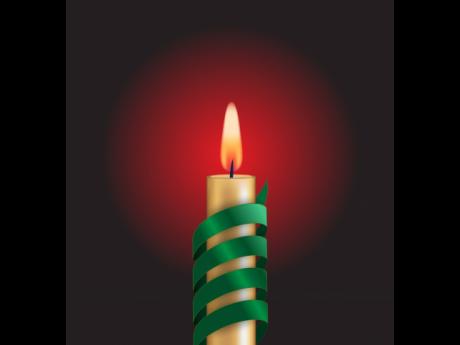 Having hope is essential to life. Emily Brunner says it this way: 'What oxygen is to the lungs, such is hope to the meaning of life'. This week, we start a two-part series on hope.

The truth is, a lot of people feel hopeless and this has brought them to a place of distress.

God recognises this and He declares to us that He is our hope. Hope doesn't come from our individual desires or wishes, but from God, who is Himself the hope of all men.

The book of 2 Kings gives us some insight into hope. It looks at a period of great difficulty and suffering for the Israelites and how persons responded to a seemingly hopeless situation.

In 2 Kings, Samaria is in desperate times, they are under siege, and the siege has been going on so long that famine has set in. The famine is so bad that the people resorted to eating what by Jewish law was unclean animals. "The donkey was an unclean animal and it would not be eaten except as a last resort; and its head would be its worst and cheapest part, yet in Samaria it was sold at great expense." (Barnes' Notes).

So, things are tight. But that is not the worst; the king passes a woman who tells him a chilling story. Not only are people going against God's law, but they were also going against natural law. They were eating their own children! Hopelessness to this point of desperation had crept upon her, slowly eroding her peace and sensibility, and soon despair had set in.

When we are in despair, it tends to impair our judgement and we don't see things as clearly. The issue is that when we perceive that there is no hope, we tend to do things we would not normally think of doing. This hopelessness also causes us to not only do the unthinkable, but it allows us to then rationalise our positions, our moral standing.

But the psalmist reminds us in Psalm 33:17-20 (NIV), "A horse is a vain hope for deliverance; despite all its great strength it cannot save. But the eyes of the Lord are on those who fear him, on those whose hope is in his unfailing love, to deliver them from death and keep them alive in famine."

The king, Joram, is in distress about what he heard. How can this be? What kind of thing is this? He recognises that he is unable to help the woman, that only God could do something for her at that time. His usual supplies are all gone. But then he suddenly turns his anger toward God.

CAUSE OF OUR SUFFERING

It is one of the easiest and an automatic response in many situations for us to react by laying the cause of our suffering on anything and anyone but ourselves! Joram's sins were sufficient to have brought down God's displeasure on a whole nation; 2 Kings 3: 2 "... did evil in the eyes of the Lord", and yet he took no blame for himself, but laid it all on God. The famine and dire situation of the nation was actually the fulfilment of Deuteronomy 28: 15, 53-57 NIV, "... if you do not obey the Lord your God ... because of the suffering that your enemy will inflict on you during the siege, you will eat the fruit of the womb, the flesh of the sons and daughters the Lord your God has given you.

Like Joram, we oftentimes are insensitive to the fact that the predicaments we find ourselves in are as a result of our own actions. For our deliverance and hope to be restored in our lives, we have to be honest with the Lord. One commentator says: "How few people acknowledge their sins, and until they do this, they cannot be truly repentant, nor can they expect God's wrath to be averted."