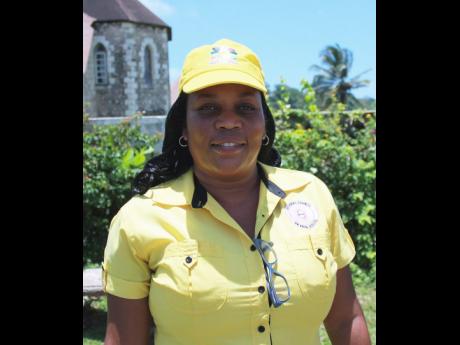 As the National Council on Drug Abuse's substance abuse officer for the parish of St Mary, Erica Barnett-Haughton is quite naturally convinced that the often undeclared exploitation of narcotics such as cannabis and alcohol is becomingly increasingly problematic for parents and families throughout the parish.

Speaking last week at an event in Port Maria to raise awareness about child abuse, Haughton told Family and Religion that these concerns stemmed from her knowledge that substance abuse was endemic in St Mary and showed no sign of decreasing.

She said: "I am a little biased because I have access to information on what is happening as it relates to substance abuse, which I believe is one of the biggest issues we have in this parish and mainly because people do not look at it as a problem.

"We are recognising that ganja use seems to be somewhat of a culture here in St Mary, and so we have a lot of children that are using marijuana, but certain things can happen to a user whose brain is not fully developed yet, and so we have the short-term memory being affected and truancy in school.

"Our young people keep getting into problems because they are hanging out with the wrong set of people, and stuff like that. These things cause problems in the home, so there are relationship issues between parents and children. And then there are bad examples such as where parents are smoking and the children are smoking, too.

"If the parents drink, chances are the children will, too, and so it's a spiral of events. If we have an alcoholic mother and father, even the baby will be affected, but in terms of usage, I've had clients who are eight years old using marijuana in St Mary."

While Barnett-Haughton loves her job, she is doubtful that these issues will be acknowledged by the citizens of the parish and fears that unless they are quickly addressed, the impact will adversely affect families, organisations, and the wider society in general.

She said: "I believe education is paramount, and we are really encouraging adults and parents to make use of the resources that are out there. We are actually forcing information down people's throats just for them to know this is not OK. Marijuana has more than 400 chemicals in it, so you need to know and understand the drug before you expose your children to it.

"The most important resource of any country is its people, and if we have a bunch of people that are basically in no-man's land because they are all high on something, the country is in for a big decline. To be honest, I don't even want to think about the future because the children are our future, but if this does not change, chances are we won't have a future."