Rochelle Piert - From victim to victor 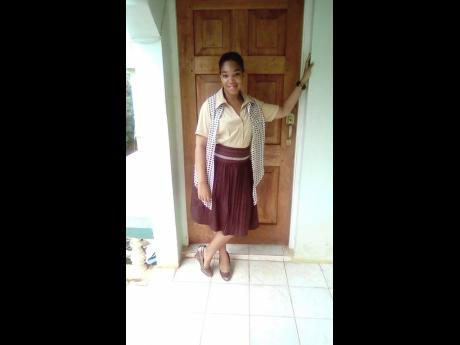 "Be not over much wicked, neither be thou foolish; why shouldest thou die before they time?" - Ecclesiastes 7:17

Some people encounter spiritual combats in their adult lives but Rochelle Piert has been fighting demons as early as her childhood years. The young woman, who got baptised at the age of nine, told Family and Religion that she felt a calling to ministry while she was still very young.

But just as interested in her life as God was, so was the devil, who tried to kill her on numerous occasions.

"The devil wanted to rob me of my joy and of God's purpose for my life by telling me lies. I attempted to commit suicide when I was in grade eight. I held a knife to my throat to cut myself so I would bleed to death. But I decided to take one last look at the Bible and my eyes fell on the scripture that says, 'Why be over wicked, why die before your time?

"God loved me so much that He stepped in right in time to rescue me," she said, adding that upon seeing the scripture, she broke down in tears and repented of what she was about to do.

But the devil wasn't done trying after her.

According to her: "I was struggling in school academically. My grades were poor. I felt like a failure. I started to listen to what people said about me and, in turn, it caused me to hate myself. I starved myself for days, I didn't bathe. I just hated myself.

I bit myself and dragged my hair. I lost approximately 50 pounds because of stress. I looked to the church for love and I didn't get it. I felt like an outcast."

Piert told Family and Religion that it was God who lifted her up again. She said she sat out of school for approximately four years because she had the desire to study nursing, a plan which, according to her, was shifted by God.

"He told me that He would take care of me as I ventured to the school He wanted me to attend (Jamaica Theological Seminary). Upon my decision, many mocked me, but I chose to obey God," she said.

The 26-year-old is now entering the third year in her pursuit of a bachelor of science degree in social work.

"I have preached in Kingston at many different churches and I have seen the hand of God carrying me through. No matter what, always trust God's plans for your life," Piert advised.