Vauxhall board to meet next week on trimming incident 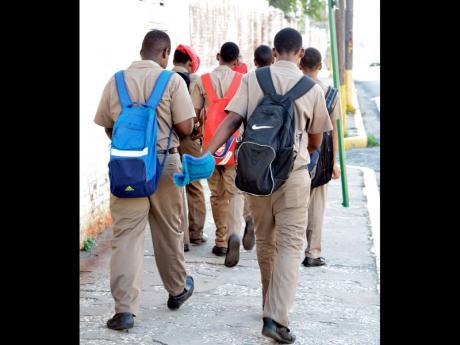 The Board of Vauxhall High School in Kingston is to meet next week to review issues surrounding the forced trimming of a male student’s hair by three teachers.

The education ministry had requested a Critical Incident Report be submitted by Friday.

It says this report and others have been received and they are being reviewed.

Copies of the report were also received by the board.

Meanwhile, the ministry has recommended that a development session be convened in the shortest possible time to re-sensitise staff about the appropriate actions available for dealing with behavioural problems among students.

It has also recommended that the vacant position of Dean of Discipline be filled as a matter of priority.

It says contact should also be established with the student and his parents to determine his continued enrolment at Vauxhall or another public educational institution.

Reports from the Elletson Road Police are that about 7:30 Wednesday morning, three male teachers allegedly held and shaved the head of a male student.

The police say the student received bruises during the incident.

The matter was reported to the police and the teachers, whose identities have not been revealed, were subsequently taken into custody.

The teachers are to appear in court on Thursday on charges of Assault Occasioning Bodily Harm and Unlawful Wounding.