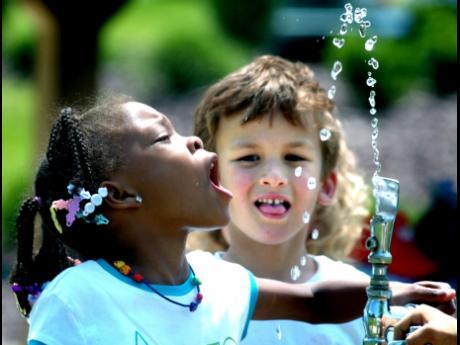 The Meteorological Service says Jamaicans should brace for higher than normal temperatures from June to August, but has rejected claims that it's because of an equinox phenomenon, as is being circulated on social media.

The message being circulated suggests that temperatures may reach 40 degrees Celsius and could cause sun stroke and dehydration.

But the meteorological service says although the concept of an equinox is real, it is not currently being experienced.

During an equinox, the sun’s position in relation to the earth provides exactly 12 hours of sunlight.

This happens twice per year in March and September.

According to the data, the maximum daytime temperatures in Jamaica have steadily increased over the past couple of months with the Sangster International Airport in Montego Bay recording its fourth highest May temperature this year at 34.8 degrees.

Kingston’s highest temperature of 33.4 so far this year ranks 16th among its all-time May highs.

The Climate Predictability Tool being used in the Meteorological Service forecasts that from June to August 2017 there is a 50 per cent chance of temperatures being above-normal and a 30 per cent probability of normal temperatures being experienced across the island during the summer period.

Jamaicans are, therefore, encouraged to keep hydrated especially if they are carrying out strenuous outdoor activities. HOW TO KEEP HYDRATED:

Dermatologist Dr Arlene Rose notes that an individual's water intake is specific to their weight.

"It is generally recommended to drink between half to one ounce of water for every pound you weigh every day," she said.

Here is a list of ways to stay hydrated.

• Consume most of the water you drink first thing in the morning and not with meals.

• Travel with a bottle of water, (spring water, if possible). If you don't like the taste of water try infused water — with fruits and vegetables — a flavourful alternative without the added sugars.

• If you are sitting for most of the day, you might not feel dehydrated but the body will want water. Be conscious of this and drink even if you don't feel thirsty. • Children and the elderly are at higher risks of dehydration because their 'thirst mechanism' may not be as sharp as others, and they may not readily realise that they are thirsty. Making popsicles with fruits and vegetables is a healthier alternative to the sugary juices that may be available. These popsicles can be made with puréed watermelon, cucumber, pineapple or strawberries, for example.

• Coconut water or fruits are acceptable alternatives for sugary juices too, since they also provide us with much-needed minerals.