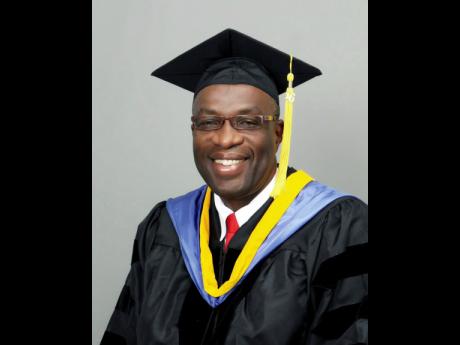 At the Jamaica Cultural Development Commission (JCDC) office in St Andrew there is a space once occupied by Delroy Gordon, its former executive director, that cannot be filled, at least not for now.

That space has been bringing back memories of the man who died suddenly on March 16, especially in times of loneliness among his former colleagues, including Silvera Castro, JCDC board member and chairman of the Festival Queen Committee.

They look at the space, then they "smile, remembering some bittersweet experience we once shared," Castro says in a tribute by way of a poem called, See You Later My friend.

The many memories of the St Mary native, he says, are surpassed only by his being there in real life. "But then, that cannot be, not now. Your contagious angelic smile is something we will always cherish," says Castro of Gordon, "Always greeting each other with a warm, loving stance."

Castro recalls that Gordon's "timely words of encouragement have always been a source of strength to many". He was a man who could make people happy somehow, someway, and he says Gordon remained calm, cool and collected in the middle of the stresses of life.

Gordon's strongest personal trait was his dedication to his work, and he had impacted the lives of his colleagues, Castro writes.

"But were you here, we would remind you of our love, to tell you we love you. But, you have disappeared into that far beyond, not for a day, not forever. But until we meet, see you later friend," is how Castro ends the poem to his beloved former colleague, who gave 30 years of committed service to the JCDC.