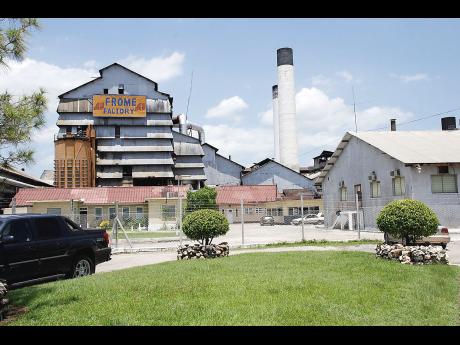 In a bid to fill the shortfall caused by the premature closure of Frome Sugar Estate and several days of inactivity due to the recent heavy rains, local producers have taken a decision to extend the 2016-2017 production year to the end of July.

"We will have to revise our initial projection downward," Major Hugh Baker, the general manager of Jamaica Cane Product Sales (JCPS), told The Gleaner in an interview last weekend. "I believe it will now be in the ballpark of 91,000 tonnes, and we will be extending this crop year to about the end of July."

According to Jarrett, issues such as the illicit cane fires at the Frome factory forced the JCPS to revise its original project of 100,000 tonnes of sugar down to the new figure of 91,000 tonnes.

"The early closure by Frome because of their challenges with illicit cane fire left a gap, (and) then came the heavy rains, which had factories on a shutdown for a few days," said Blake.

The perennial problem of illicit cane fires resulted in the Chinese-owned Pan Caribbean Sugar Company (PCSC) closing down its operation in Frome on March 17 after producing just 20,451 tonnes of the sweetener from 247,078 tonnes of cane.

Up to Friday, June 1, the remaining factories had churned out a combined total of 71,816 tonnes of sugar from 864,522 tonnes of cane. Golden Grove, which is appointed under the Sugar Industry Control Act to market the sugar and molasses produced at its factories, locally and overseas, contributed 9,163 tonnes to the amount.

There is an improvement in sugar quality, with Worthy Park Estate, in St Catherine, at the top of the list with returns of 9.54 tonnes of cane (TC) to one ton of sugar (TS).

"We are coming off three years of drought conditions, where the juice quality was not great," said Baker. "All the factories are sensitised about the need for better-quality sugar and have all been showing encouraging improvements. Appleton is taking steps ... Monymusk and Frome have improved, but Worthy Park is doing well. They are on par with any of the top producers in the world."

Despite the shortfall in sugar production, Major Hugh Baker, the general manager of Jamaica Cane Product Sales, said that there is sufficient amount of the sweetener available to satisfy the domestic market and meet our obligations with international clients.

Blake, who took over as general manager from Karl James at the start of the year, said that 19,200 tonnes of sugar was recently sent to the United Kingdom as part of an extended supply deal with British refiner Tate and Lyle, while 7,600 tonnes was delivered to the United States market. Another shipment of 4000-6000 tonnes is being prepared for the US market.