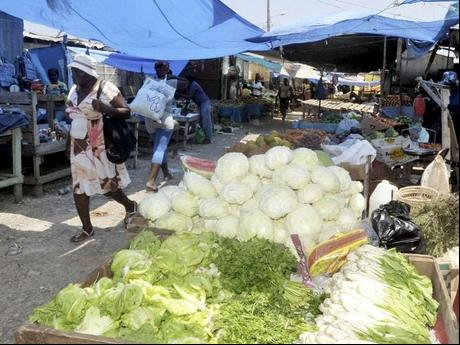 Jamaica Labour Party (JLP) councillor John Myers is denying that he suggested that the Kingston and St Andrew Municipal Corporation (KSAMC) should use extortionists to collect market fees.

The Lawrence Tavern councillor is facing a strong backlash over comments attributed to him in today's Jamaica Observer that he is reported to have made at a May 31 meeting of the corporation's finance committee.

This afternoon, Myers insisted his comments were twisted, but declined to repeat his utterance.

He, however, cited places like New York which he said used people familiar with market districts to boost compliance.

Myers also said he would not further comment until he sees the minutes of the meeting detailing what he had said.

The Andrew Holness administration has distanced itself from the reported comments.

"I wish to make clear that this is neither a policy nor plan of the Government," Robert Morgan, the director of communications in the Office of the Prime Minister, said in a tweet this afternoon.

Duane Smith, the councillor responsible for markets, has also said the corporation "does not intend to use extortionists to collect fees".

"The KSAMC has and will always operate within the law to collect the market fees," the JLP representative said in a tweet.