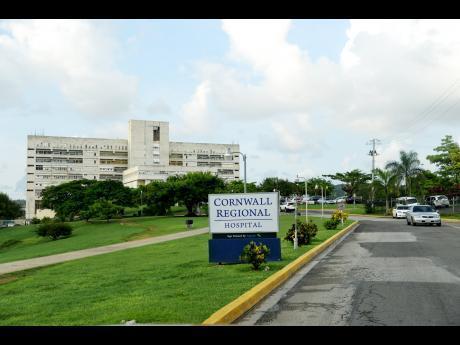 The Government is to allocate $1.3 billion this financial year towards repairs and rehabilitation works at the Cornwall Regional Hospital in St James.

Information Minister Ruel Reid said a further $189 million is projected to be spent on the project next financial year.

Addressing reporters at a post-cabinet press briefing yesterday, Reid said the expenditure is part of wider programme to upgrade hospitals across the country.

Details about the institutions and the extent of works will be announced shortly.

Services at Cornwall Regional were significantly scaled down in January after the ventilation system began emitting noxious fumes, which affected the operations on the hospital’s first three floors.

As a result, some of the services were transferred to makeshift locations on the hospital’s compound as well as to the adjoining West Jamaica Conference Centre.

Following investigations carried out by the Ministry of Health and the Pan American Health Organization, it was discovered that the fumes were the result of fibreglass particles from the ventilation system that become loose after being disturbed by efforts to clean the vents.

The problem also affected the floors above the third floor.

The health ministry has said that it will take a year to complete the full rehabilitation of the hospital.