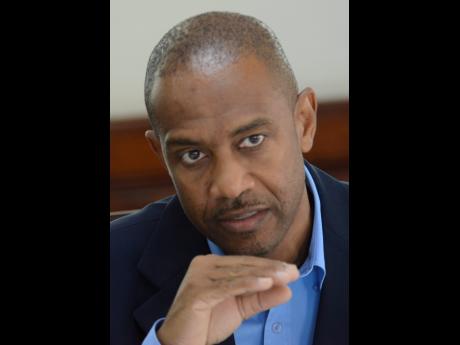 Jamaicans should brace for higher-than-normal temperatures going into the summer, but nothing near the 40 degrees Celsius reported in a recent release on the Internet, purportedly from the Meteorological Services Division.

Evan Thompson, director of the Meteorological Service Division, says the message, which did not originate from his office, has some blatant inaccuracies. In particular, he takes issue with reference to the 'Equinox phenomenon' which, it says, will give rise to temperatures reaching 40 degrees Celsius, causing sunstroke and dehydration

"I wanted to make sure that people understand that we did not sent out the message, but then, at the same time, to point out that we do expect temperatures to be higher normal, but we are not saying 40 degrees Celsius and we are not saying it will be a heatwave, just that we may have some very warm days as we go into the summer," he told The Gleaner.

"Although the concept of the equinox is real, where the sun's position in relation to the earth provides exactly 12 hours of sunlight twice per year, in March and September, this phenomenon is not currently being experienced," the senior meteorologist went on to explain.

"Admittedly, however, data show that maximum daytime temperatures in Jamaica have been seeing a steady increase over the past couple of months. The international airport in Montego Bay has recorded its fourth-highest May temperature this year at 34.8 degrees, while Kingston's 33.4 ranks only 16th among its all-time May highs. For the first four days of June, the data suggest that these figures have not been surpassed."

Nevertheless, the climate predictability tool (CPT) being employed in the Meteorological Service is forecasting that local temperatures from June to August 2017 are likely to be warmer than normal. The CPT predicts a 50 per cent chance of temperatures being above normal and a 30 per cent probability of normal temperatures being experienced across the island as we enter the summer period.

Residents are being encouraged to take the relevant steps to maintain their body's hydration with regular intake of water, particularly if they are involved in strenuous outdoor activities.

"We need to drink more water and take other precautions if the temperatures are really warmer than normal, but at the same time, I wanted to point out that you just can't pick up something off the Internet and circulate it as though it is fact, without checking your facts. So, also pay attention to relevant tips from credible sources like the Ministry of Health and the Office of Disaster Preparedness and Emergency Management," Thompson advised.