HOPE for early childhood teachers - Government looking to help those surviving on a $17,000 monthly stipend 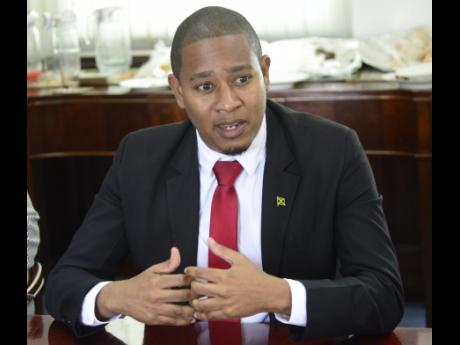 There is some hope for disgruntled early childhood teachers who say that they are now being paid a monthly subsidy that is less than the minimum wage.

The teachers are set to benefit from a salary increase under the Government's Housing, Opportunity, Production, and Employment (HOPE) programme launched by Prime Minister Andrew Holness last month.

Junior Minister in the Ministry of Education Youth and Information Floyd Green says that at least 400 teachers may be able to benefit under the programme, which has targeted young people between the ages of 18 and 24 for training and employment.

The early childhood sector is largely run by private individuals and entities such as churches or other community groups, but Green said that there is a thrust by the Government to engage in public-private partnerships.

The announcement comes amid complaints of a growing dissatisfaction among teachers in the early childhood sector who claim that many are being asked to survive on the meagre subsidy.

One inner-city basic school told our news team that some of her colleagues were not being paid by some of the operators of churches and privately run schools.

"The teachers receive nothing more than the subsidy paid by the Government to qualified and unqualified teachers in institutions that qualify. Some teachers are not paid during months when schools are not in session," alleged the teacher who asked not to be named for fear of reprisal.

"From the subsidy, teachers are required to purchase materials to decorate classrooms to provide a nurturing environment to encourage students to learn when you don't even have bus fare," added the teacher.

John Ward, principal of the Kids Basic School in Clarendon, said that many in the sector are surviving on the $17,000 per month subsidy paid to unqualified teachers in the system and $31,000 to those with the required minimum four CXC subjects.

"We want an increase in the subsidy we are getting because most basic schools don't collect enough school fees to help pay teachers," said Ward, who also expressed his displeasure with a requirement by the Government for twice yearly police records.

He argued that only early childhood teachers are required to produce police records twice yearly while their colleagues at the primary and secondary levels face no such demand.

Green has indicated that the Government has heard the concerns of the early childhood educations and is looking into the matter.